After the BBC’s shock exit, British boys are coming to terms with the possibility the sole focus of their F1 onanism is now Sky Sports’ Natalie Pinkham.

The absence of Suzi Perry and Lee McKenzie from the jizz-afflicted screens of Britain’s most glandularly invigorated motorsport aficionados has sown nearly as much panic as the hand shandy enthusiasts have seed during the female pair’s unwitting 5 year wank bank stint.

Sports media expert Jezz Chisholm explained, “the BBC’s sudden exit from F1 has created a 100,000 strong tissue box explosion in the homes of petrol-headed boys up and down the UK.” 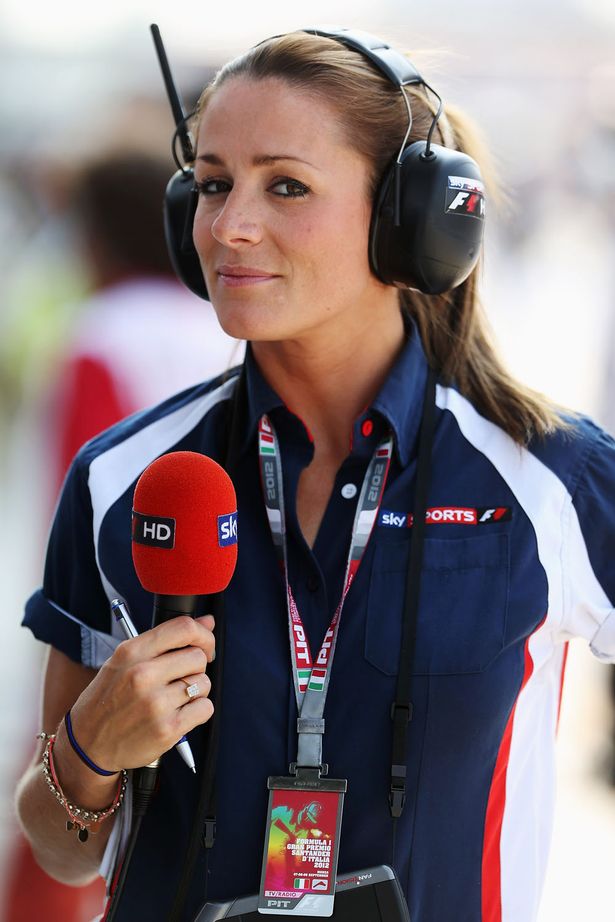 “If Channel 4 don’t make proper provision for at least one twinkly-eyed, wholesome but-in-the-mind-of-a-priapic-15-year-old-probably-filthy woman under 40, Pinkham had better get used to a pair of industrial strength marigolds when opening her fan mail is all I can say.”

The sport has come a long way since the 80s and 90s when dour proto-geriatric male enthusiasts were the only ones coming between the viewer and a fag advertisement.

Confronted with the likes of Murray Walker or Jim Rosenthal, easily excitable youths had to make do knocking one out to brief snatches of bikini-clad women at the Monaco Grand Prix or a disinterested Sue Barker doing links back in the Grandstand studio.

“But their innovative sports broadcast track record could equally see them ditching women completely or worse – bringing in Carol Vorderman.”

“Or worserer: Louise Goodman,” he explained.

“Though I probably would both if I’m honest with you,” he continued.