Pastor Maldonado averted an end-of-the-world style apocalypse by driving into the side of a Sauber at the recent Brazilian Grand Prix.

The 31 year old had been enjoying nearly 1,000 miles of competitive motoring without having hit anything when a part-time shaman got in touch with the previously accident-prone Venezuelan to warn him of its unexpected Armageddon consequences.

Said the Lotus driver, “I thought I had finally turned a corner: you know, without forcibly removing another car first.” 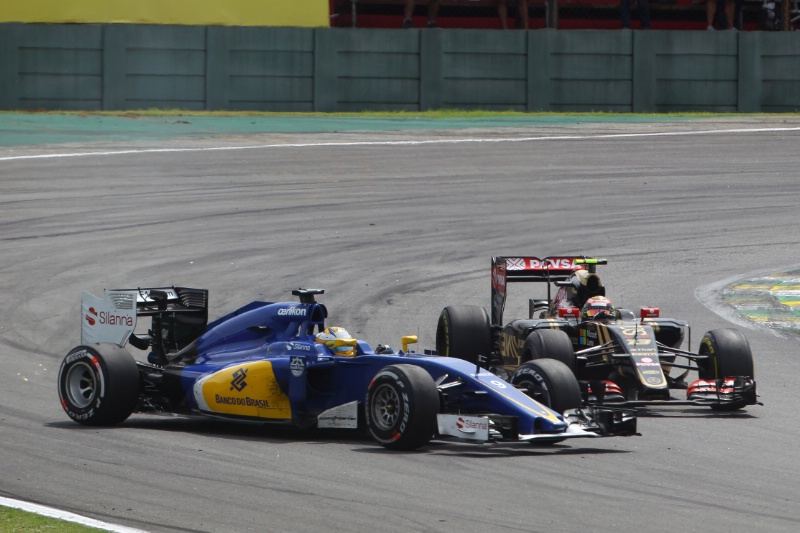 “I was thinking: so *this* is what I’m supposed to do.  But then Madam Sholay tweeted me about this ancient curse and I reluctantly agreed to go back to hitting the next brightly coloured 4-wheeled thing that happened to be in my eyeline,” he explained.

“Which fortunately wasn’t the safety car.”

The 62 year old Mayan mystic, soothsayer and part-time dinner lady at Ashley-under-Lyme’s Marigold Primary School for under-10s contacted the 2011 Grand Prix winner alarmed at an apocalyptic warning that suddenly appeared in a tin of condensed tomato soup she was emptying into a saucepan.

It said to beware the 6th event of the 4th continent in which the Destroyer would not destroy and a terrible conflagration would occur upon the skies and the seas and the land and generally ruin pretty much everyone’s Monday as if that wasn’t bad enough for everyone already.

“I was really looking forward to Brazil: a nice clean race, try and beat Romain, clear up my reputation finally to go into 2016 with a new state of mind,” continued Maldonado.

“But when a woman with a City and Guilds diploma in Horoscopes and Nostradamus tells you to crash into something or it’s the end of the world, I know which side my bread’s buttered.”

“Plus he braked too early,” the ex-GP2 Champion explained.