The almighty creator of the Universe was revealed as a loather of the soporific Ferrari driver after contriving yet another Middle Eastern Grand Prix podium to fall into the barely legible Finn’s lap, ensuring F1’s number 1 alcohol chum once again had to chug down a big bottle of lemonade in the Arabic Universe progenitor’s back yard.

Top Islamic scholar, Admiral Akbar said, “Allah – oh Eternal, oh Absolute, oh fucking massively misunderstood a lot of people are currently hoping – is a keen follower of Formula 1 and not just from when Lewis Hamilton turned up and started doing cool stencils and stuff on his biceps.” 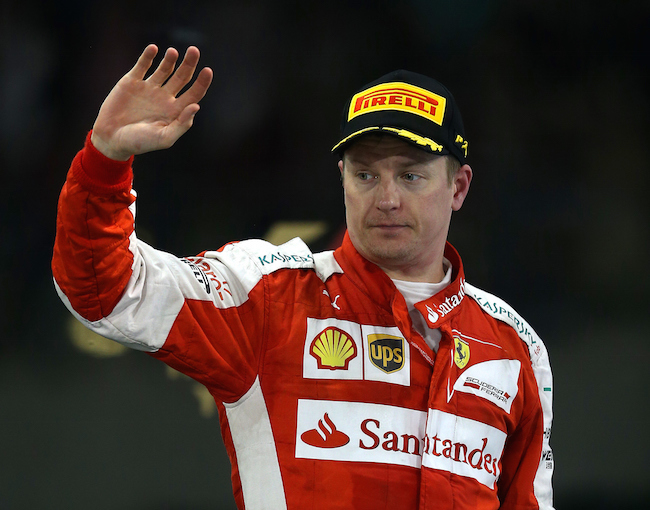 Throw me that can of Super T’s, could you?

“I’ll have you know the Being Who Comprises All The Attributes of Perfection has been watching since at least the ’80s: attracted by the likes of Gilles Villeneuve’s flamboyance, Prost’s artistry and Nigel Mansell’s superb moustache – Inshallah.”

His Sublimeness’ mysterious antipathy towards the monosyllabic croaking layabout has manifested itself in the only way the otherwise omnipotent being could think of: unexpectedly boosting the 33 year old’s performance in Middle Eastern races, ensuring public celebration was exercised in 100% sobriety.

“Kimi has massively got on The Exceedingly Merciful’s tit-end for some reason,” Akbar continued.

“Best not to question why; just look on in wry mystical incomprehension at the fact The Majestic, The Exalted is only denying him some booze twice a year as penance.”

“Presumably he thought ISIS might have overdone it if he’d asked them, instead?” he added.