Red Bull are to be sat down and have the concept of sport spelt out to them.

The multi-billion dollar fizzy drink empire entered Formula 1 believing it to be an excellent marketing platform to expose their brand to a global audience of impressionable, high-spending youngsters but failed to realise it was also a sport in which participants both win and lose owing to it being a competition and that.

Sports expert Jason Cundy told us, “to a capricious multinational interested only in the bottom line, the high-octane world of premier motor racing offers an incredibly exciting environment in which to make a shit ton of money.” 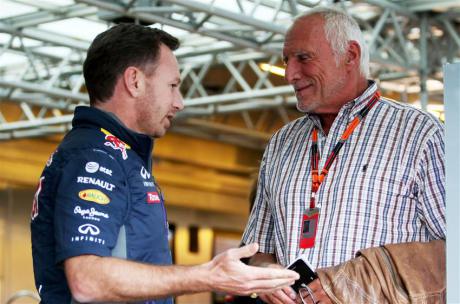 “Red Bull walked into the paddock and even the sound of powerful, revving F1 engines couldn’t drown out the sound of a million cash registers ringing in their ears.”

“Assuming they could still hear it above the orgasms generated by their bonus slips,” he continued.

But the team’s Austrian pop-baron, Dietrich Mateschitz failed to comprehend that like any sport, excellence is rewarded and mediocrity punished. Usually. Maybe. Alright, some of the time.

“They’ve got all the right ingredients to be a successful Formula 1 team,” Cundy continued.

“It’s such a shame their engine is such bobbins then because all they’ve ended up doing is looking like whiney middle-aged dads moaning about how shit everything is and undermining everything they’ve spent billions trying to create.”

“Though it’s bloody hilarious, we’ll give them that,” he added.