Pastor Maldonado has admitted he hasn’t fully honed his technique for having accidents with people behind him.

The 30 year old was speaking following the Singapore Grand Prix in which the Venezuelan had enticed veteran Jenson Button into rear-ending him by sitting in the middle of the road with the engine idling as he tried to find the frequency for Radio1-Extra.

Said the Lotus driver, “in my sport you can never be satisfied with your performance and are always looking for little things to make you better.” 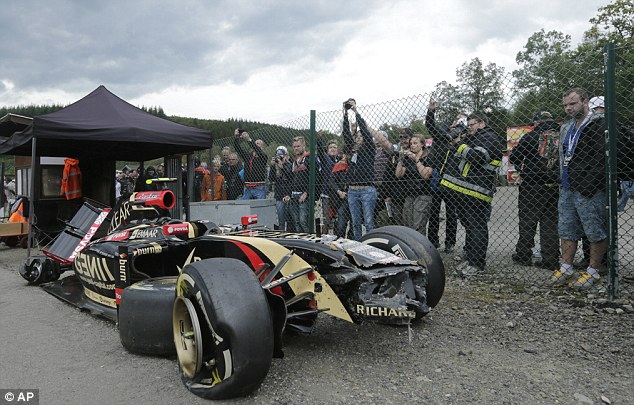 Here’s one I prepared earlier

“In my case, I had perfected crashing to the point where I almost didn’t have to think about it but it was at that precise moment I also realised I couldn’t rest on my mayhem laurels.”

The 2010 GP2 champion has come a long way since crashing his way through every junior series but now stands proudly atop a smashed pile of fellow wannabe errant Grand Prix psychopaths.

Nonetheless, Maldonado has acknowledged there is always something to learn including extending his panel beating ability the full 360 degrees.

“Everyone at this level wants to be the complete driver,” continued the Venezuelan.

“Or in my case, collect them like Panini football stickers.”