Lewis Hamilton has insisted he paid even more respect than everyone else to Justin Wilson by listening to Wilson Phillips during the dead English racing driver’s minute’s silence.

Said sport’s most famous Instagram spammer, “I don’t think anyone knows more about how to give respect than me – and maybe Kanye and Dr Dre.”

“And that is why I was very hurt to read that people thought I was being dis-respectful during the minute’s silence, perched under my big baseball cap, staring moodily through my Thom Browne TB-804 sunglasses whilst plugged into my MP3 player.” 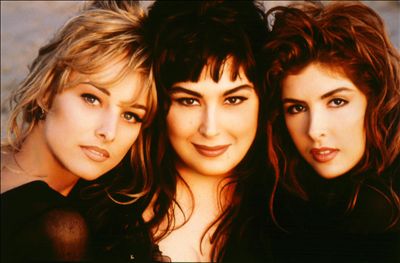 I wasn’t thinking about the fat one at the time, mind

“It’s actually really dis-respectful of me – which is worse, especially given my net worth,” he explained.

The 30 year old generated a social media storm during the Italian Grand Prix tribute to the recently deceased Champ Car driver when it appeared the World Championship Leader was too busy listening to some banging tunes to pay the ex-F1 driver his proper respects.

But Hamilton denied the slight by insisting he was actually paying his own much more insightful regards through listening to the 90’s US girl group triumvirate’s hit, Hold On over and over again on his iPod.

“I have it on the highest authority it’s exactly what Jason – or whatever his name is – would have wanted,” continued the tattooed bumwad.

“Admittedly, it’s my authority but I challenge anyone to find a higher one,” he reiterated.