Ferrari’s re-signing of Kimi Raikkonen has caught the Finn by surprise who had otherwise been busy planning the rest of his life off. For the last decade.

The 2007 World Champion hadn’t even entered into contract negotiations whilst busying himself sitting around on his arse all day, so it was a major shock when the Scuderia announced he would continue to drive for them for another year.

Said the 35 year old layabout,”I was just emerging from a relaxing nap – or one of them – when my wife said my employers were on the phone with some good news.” 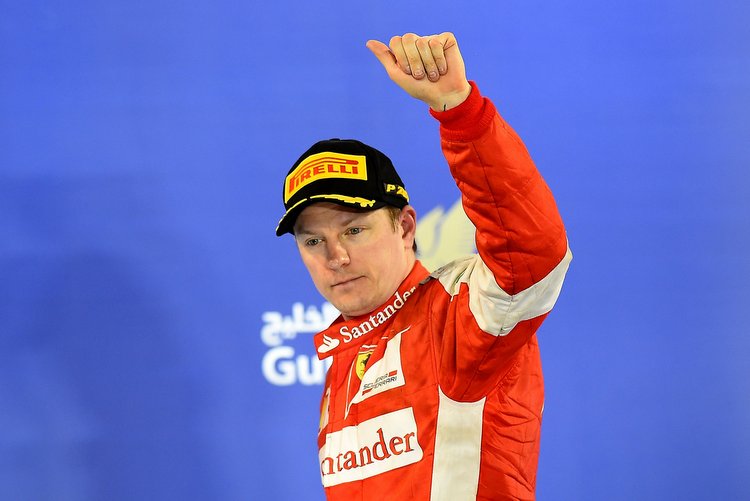 “For a minute, I was in such a deep sleep I thought it was Lotus telling me they’d finally found my money but then a voice like Italian sandpaper came on the phone and I feared the worst.”

“It was then that Maurizio told me they were taking up my option for next year for millions and millions of dollars: honestly, I could have cried,” he explained.

“If I could have been arsed.”

It was assumed that Ferrari were going to drop the services of a man seemingly on the longest retirement send-off tour in F1 history.

But then they realised they were trying to replace him with a bloke no quicker than the one they fired to get the recalcitrant Finn into the team in the first place, the Commodore 64 they used to crunch driver algorithms exploded and the team fired the bloke employed to replace drivers with better drivers.

“I guess I’ll have to buck up my ideas now that I’m in one of the most coveted F1 seats on the grid with all the responsibilities that entails,” Raikkonen continued.

“Though more as likely I’ll be tooling around thinking about what ice cream to have for my tea.”