The wannabe bumper car champion was reacting to suggestions by his own team his retirement at the recent Belgian Grand Prix was self-inflicted.

Said the South American lunatic, “I never hit her like they said I did. I never.” 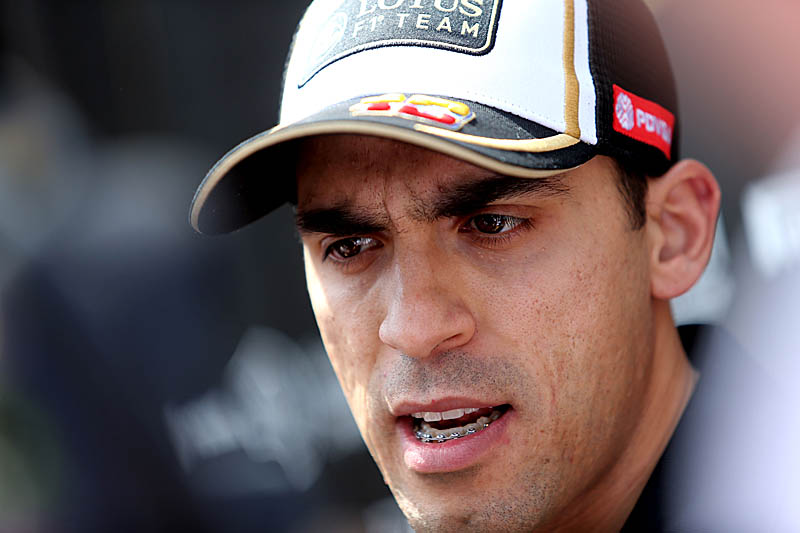 “I just treated her real sweet like I always do. I’d never hurt her.”

“Unless she asked for it,” he added.

The 30 year old fruitcake recorded a 17G impact to the underside of his Lotus whilst almost certainly not trying to do that.

Apparently you do this by pointing your car at a massive kerb at 180mph and not deviating from your trajectory.

“I could have flattened the steering out a bit, aimed to kiss the kerb on the left, scrubbed off a bit of speed on the exit, lived to fight another day.”

“But she seemed a bit too keen on the Ferrari for my liking; snuffling under its gearbox, giving it the eye and I just thought a little clip on the snout to let her know what’s acceptable behaviour was fair enough.”

“Whilst kicking her right in the clutch valve,” he added.