Williams’ Chief Technical Officer tried to get the Brazilian to let faster team-mate Valtteri Bottas through at the recent British Grand Prix but the 2008 Championship runner-up was having none of it.

Said the 62 year old, “I’ve never had any problems in the past getting Brazilians to humiliate themselves for the benefit of myself or the team.” 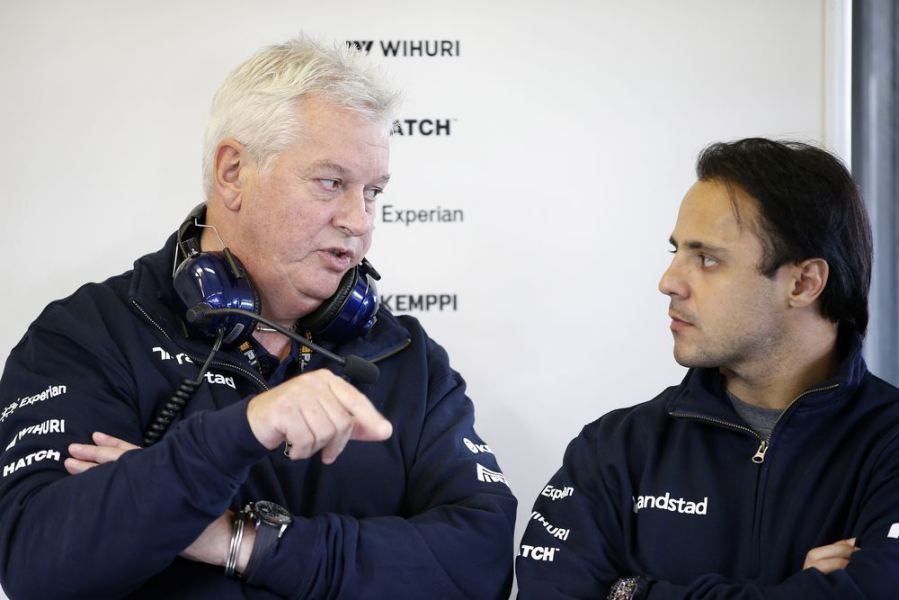 “What’s Brazilian for ‘bend over’?”

“But getting Felipe to stand up and be a man and allow himself to get shafted in front of millions of watching TV viewers? It was worse than pulling teeth.”

Massa was leading the British Grand Prix though not as quickly as his following team-mate, his team or the rest of the world would have liked.

But something or other intangible in the Brazilian’s past made the prospect of getting the 34 year old to let his team-mate past even less likely than a Williams victory in the next 25 years or so.

“I’ve made him cups of tea, remembered his Birthday, his wife and kid’s name: I’ve gone through everything I can think of,” continued the ex-Head of Engineering at Renault.

“He can’t still be sore about Ferrari shitting all over him or all that costing-him-his-only-realistic-tilt-at-the-drivers’-World-Championship, can he?”

“I only took the piss out of him once in front of everyone.”

“Maybe we’re getting him the wrong brand of biscuits?” he guessed.