Lewis Hamilton has regretted consenting to the clause in his new Mercedes contract allowing the team to take the piss out of him when it feels like it.

Barely a week after celebrating his new $90 million deal, colleagues at the famous German marque leapt at the chance to humiliate the self-indulgent Kanye West wannabe by deliberately losing the Englishman the Monaco Grand Prix.

Said a team insider, “you can buy quite a bit with 90 million: but not our respect.” 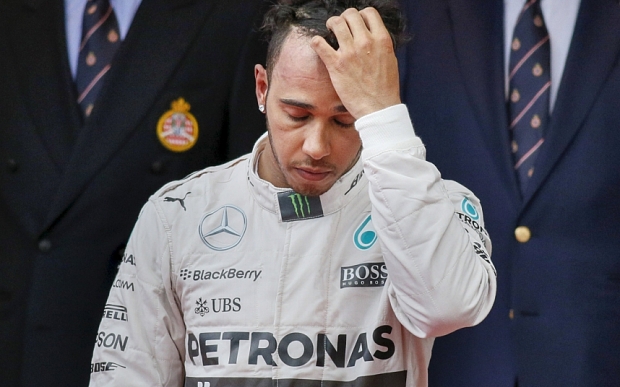 “That only comes once we’ve seen the look on your stupid gold-toothed iron filings bearded face when we’ve deliberately fucked up yet another one of your races.”

“I say respect: I mean vicarious, mean-spirited amusement,” he added.

Hamilton had spent the previous 6 months painstakingly negotiating the most valuable F1 contract in history.

But he apparently neglected the bit where his team were allowed to rip the piss out of the 30 year old at least once a year and again if he’d been especially prickish – or as the contract itself put it, “Hamiltonesque.”

“But you wait till we do a pitstop all wearing Nicole Scherzinger masks or let Roscoe onto the track just as he’s coming past: it will make that look like spending 6 hours with the Mrs Browns Boys box set.”