Mclaren’s Chairman, Ron Dennis has suddenly remembered Honda ran their own team in 2007 and 2008 and were absolutely terrible.

The 68 year old sat bolt upright in the middle of the night with the recollection; immediately panicking about how he could have forgotten such an omnishambles of clusterfuckwittery.

Paddock pundit Geoff Crepes commented, “when Ron signed the engine contract with Honda in 2012, all he could recall was his own incredibly successful 5 year partnership with them.” 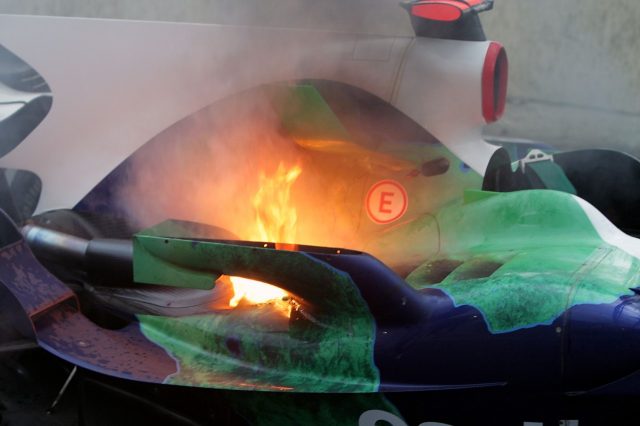 At least it’s not attached to a Mclaren, mind

“The blue and green doggerel from only a few years earlier had somehow been completely erased from his memory.”

It’s thought Dennis stared vacantly into the middle distance and began wincing at the memory then started pinching the bridge of his nose and rocking slowly back and forth, moaning softly to himself.

He remembered saying something along the lines of it being a question of when rather than if Mclaren started to win with them to a room full of journalists and media.  He might even have said “dominate” or something equally foolish which was then published word for word.

He also recalled lots of them sniggering and finally realised why.

“20 years of trying to forget Peugeot: what do you expect?,” Crepes continued.

“Hopefully he’ll just put it down to forgetful old age and move onto the next thing.”