A small coterie of Mclaren employees donned ceremonious robes – teamwear from their 1988 championship winning season – gathered up every sign, pen, mouse mat, mug, tiepin, hat, t-shirt or tattoo they could find with the infamous hubristic slogan and set fire to it.

Said a Mclaren insider, “it was a very useful saying at the time, but like F1 technology, things have moved a great deal since when Ron first said it.” 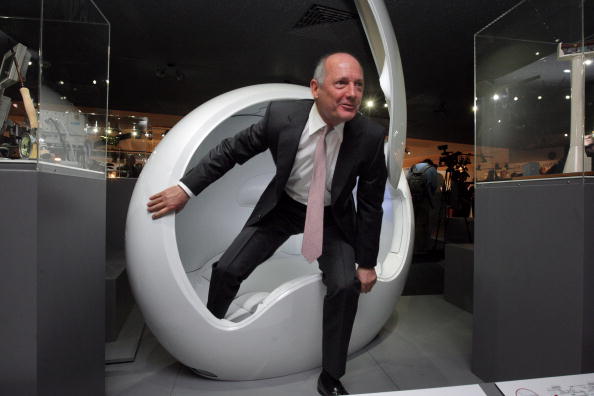 “For a start, we think 8th would probably be more accurate. Or possibly 12th.”

Back when everyone looked much better or weren’t even born, overconfident arch-slaphead head honcho Dennis uttered the infamous rallying cry presumably in the belief his team would win stuff indefinitely.

10 minutes later his team were desperately strapping a Lamborghini engine to a chassis recently vacated by an arthritic Ford V8 before settling on a Peugeot Catherine Wheel as the apparent solution to their faster-than-light trip straight to the back of the grid.

“We’re trying to come up with an alternative slogan at the moment but it’s proving a bit tricky,” the mole admitted.

“The trouble is, once you’ve come up with, “never let Ron in front of the press,” everything else seems a bit inadequate, quite frankly.”