Felipe Massa was smashing the shit out of the rest of the field at Max Verstappen’s age, the Brazilian has boasted.

The Dutchman’s attempt to use the back of Romain Grosjean‘s Lotus as a launchpad to France drew criticism from the paddock, none more so than 216 race veteran, Massa.

“Max is getting a lot of flak for some sort of perceived recklessness,” explained the Williams pilot. 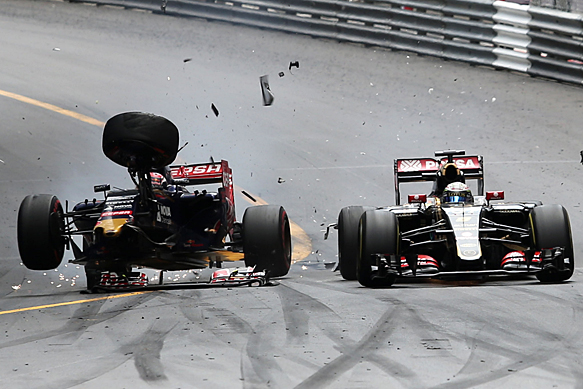 “But by the time I’d had half a dozen Grands Prix under my belt I’d already collided with most of my competitors.”

“If you ask me, he’s not trying hard enough,” he added.

The Brazilian was reminiscing over his own Grand Prix debut that begun with a bang back in 2002 several of which were heard all the way back in his home town of Sao Paolo.

And most of the ensuing Grands Prix until Sauber ran out of money to foot the repair bill and fired the Brazilian.

“There’s nothing wrong with a bit of youthful exuberance,” Massa continued.

“Exercised at full speed right into the back of someone.”

“Especially if you already have a Ferrari contract and you’re not paying the write-off bills,” he added.