Absolutely ruining the back of Romain Grosjean’s mount on lap 64 of the iconic race, Verstappen claimed it was just the sort of thing the 7-time Grammy nominated artist would have approved.

“I’ve been a big fan of Mr Williams ouevre ever since he was in the Neptunes,” explained the teenager. 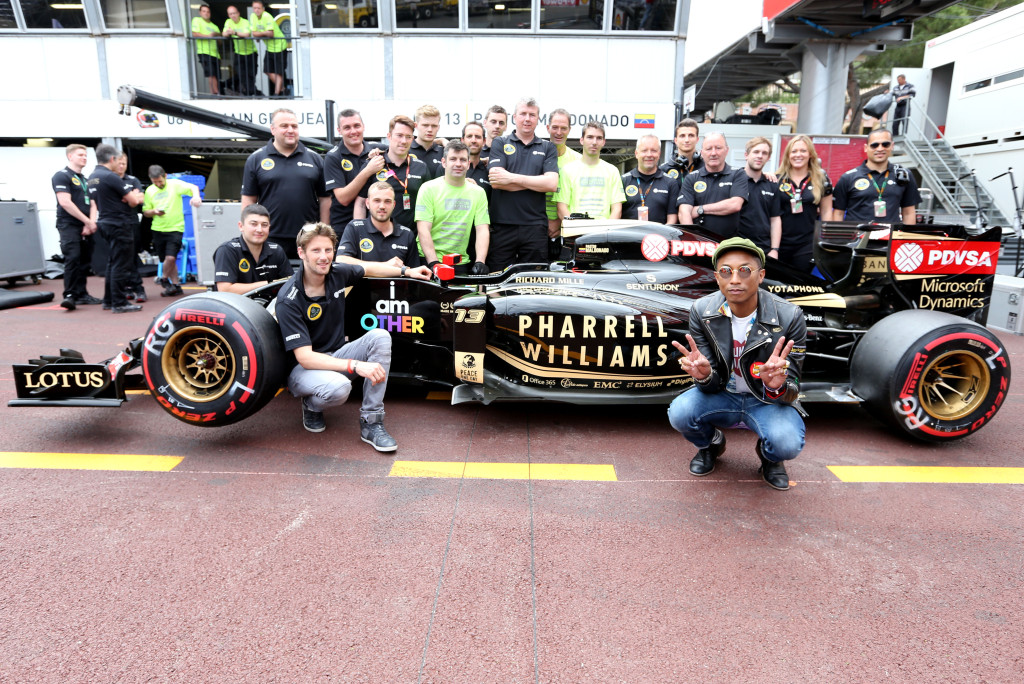 “But my absolute favourite is the number 1 smash, Blurred Lines featuring Robin Thicke’s lyric, I’ll give you something big enough to tear your ass in two.”

“I just thought: what kind of tribute could be more appropriate than the nose of my Toro Rosso at 140mph?”

So the high speed spoff on former kamikaze pin-up pilot Grosjean was the perfect excuse for the media to rip the son of wife-beating F1 human fireball Jos Verstappen a new one.

“I’d like to apologise for confusing onlookers I’d made an actual mistake when all I was doing was showing my appreciation of arguably Marvin Gaye’s most talented rip-off merchant,” said the teenager.

“And at least I wasn’t paying homage to Billy Joel.”

“When he did his We Didn’t Start the Fire tribute, it just dad got into all sorts of trouble,” he explained.