Mclaren have sacked its livery, the team announced.

The chrome paintwork with red chevrons is to be replaced with a darker colour with the same chevrons only in slightly different positions.

Mclaren chairman Ron Dennis said, “(the old livery) has been absolutely smashing for us but nonetheless we feel it’s time for a change.” 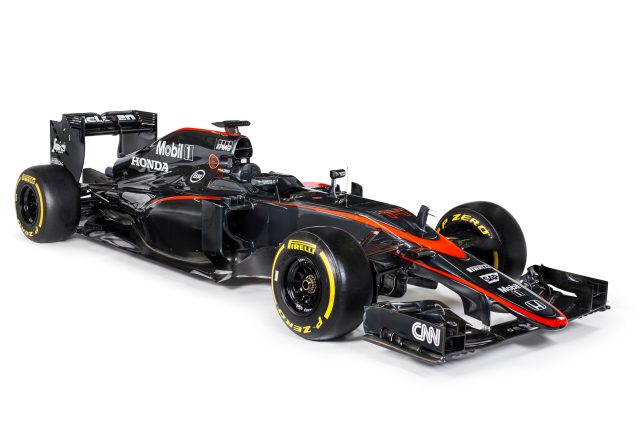 “At the end of the day this is a results business and – sadly – he just hasn’t quite managed to pull through in one or two key areas.”

“Nevertheless, we at Mclaren would like to thank him for all the hard work he’s put into this club and wish him and his family all the best for the future.”

The minute the team selected the livery at the start of the season many pundits felt it had a thankless task covering up the worst Mclaren in 20 years.

Yet the shiny chrome surface plugged away gamely during the first 4 races of 2015 only really coming unstuck when the Honda engine underneath it blew up, coating it in hot, sticky, unreflective oil.

Which entirely coincidentally wouldn’t be so noticeable if the car happened to be the same colour.

“It is with deepest and most profound regret that I announce my removal as official Mclaren Honda livery,” the metallic paint covering announced.

“As disappointing as today’s announcement is, I can look back with immense pride at my achievements here: even if to be honest, that appears to have been mainly to polish an enormous turd.”

The silvery paint job returns to its home at the Billingham ICI factory to be reunited with its wife, Scarlet Moods and 2 small tester pots; Jade White and Misty Buff.