F1 fans brought up on a sequence of tedious Vettel triumphs have been confused by spontaneous feelings of apparent affection towards the German driver.

Crossing the finish line for an historic first Ferrari victory, the often vilified 27 year old was suddenly subjected to unprecedented support from a coterie of confused 4-times champion mud-slingers.

Top Vettel traducer, Frasier Spearmince said, “like many of my fellow haters, I have spent the last year or so tuning into each Grand Prix with the express desire to piss myself laughing at Seb’s increasingly desperate performances.” 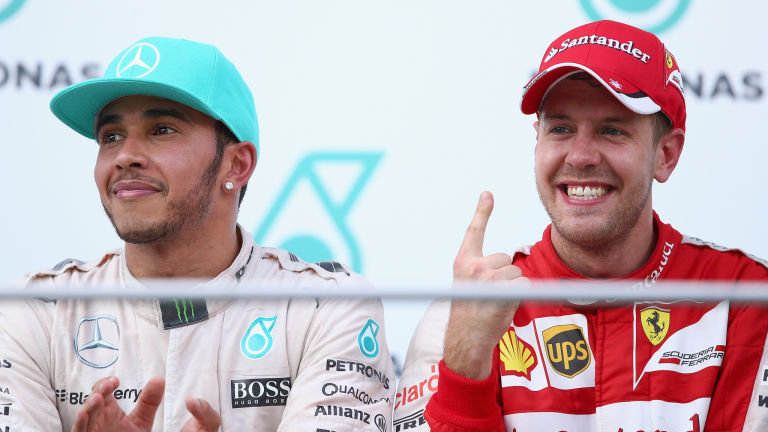 “I fully expected the over-privileged little tit to have yet another season tripping over himself, getting outperformed by his teammate and being generally ground down by the weight of Tifosi expectation so pulled up my chair for last weekend’s race, cracked open a beer and got the best disdainful face I could find wound up into a purple ball of phlegm-projecting fury,” he explained.

Yet over the next 58 laps, the Airdrie forklift driver found himself increasingly confused by his involuntary loyalties.

“At first I thought it was the effect of drinking heavily at 8 o’clock in the morning,” he elaborated.

“But as the race progressed I suddenly realised; not only was this fairly normal behaviour but that I genuinely wanted Sebastian Vettel in a Ferrari to triumph.”

“I confess, I haven’t been that confused since I first realised I was homosexual,” the 6’4 tattooed ex Royal Marine admitted.

And as the German crossed the finish line to the delight of his many fans, his myriad of maligners couldn’t help but do likewise: confusing the shit out of them in the process.

“The alternative was Lewis winning: frankly I’d rather it was Pol Pot riding one of the Four Horseman of the Apocalypse to the chequered flag than that little tattooed incubus,” he explained.

Ferrari insist everyone come down to their level