Renault is still trying to perfect the ultimate F1 engine self-destruct aesthetic and isn’t going to stop until it gets there, the company has revealed.

Standing over the oily ruins of yet another obliterated V6 Turbo, Renault Sport managing director Cyril Abiteboul said, “the annihilation of complex, eye-wateringly expensive engineering is a beautiful thing.”

“The immediate, catastrophic transformation of controlled mechanical fury into the pure chemical and physical states of intense heat, earth-shattering noise and millions of instantly vaporised dollars has an ethereal purity bordering on the divine.” 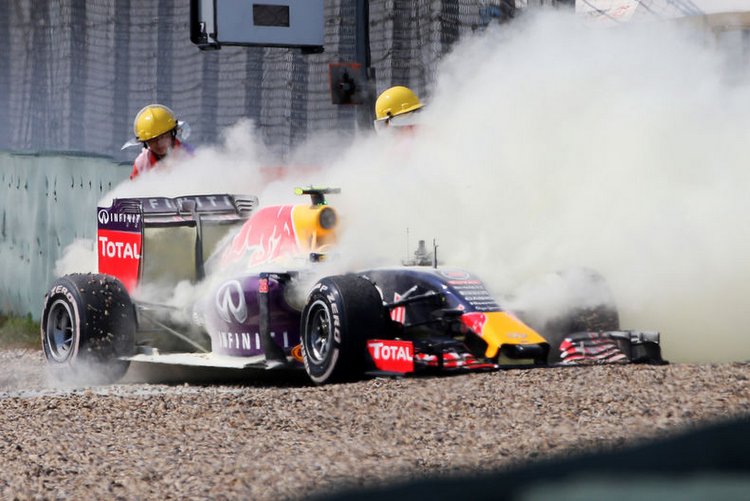 “At least, that’s what I keep telling my boss,” he added.

The French manufacturer’s arthritic 2015 F1 power unit has proved less potent than a Morphy Richards toaster and about half as reliable.

More blow-ups than a Katie Price marriage meanwhile has compromised the Twingo manufacturer client teams’ attempts to catch up the rest of the field thanks to oily race suit dry cleaning bills severely denting R&D budgets.

“We share in Red Bull’s pain every time they criticise us,” Abiteboul continued.

“Admittedly, mainly by pissing ourselves laughing, re-opening the Helmut Marko heart attack sweepstake and nominating who’s turn it is to piss in the petrol this time – but it’s a start.”