Will Stevens has found out he has followers on Twitter.

The shocked British Marussia/Manor whatever-the-fuck-they-are-now driver realised actual human beings were following his account on the popular social media site after writing something anodyne that still somehow infuriated the usual bunch of idiots.

Said the 23 year old Dapper Laughs-a-like, “like every other driver in F1 I have no idea what social media is but was told to join Twitter by somebody in marketing.”

“I know: we have a marketing department.” 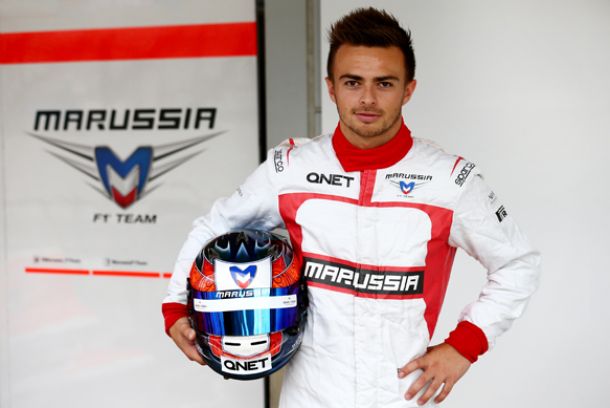 “It never even occurred to me that being as monumentally dull as frequently as possible during a Grand Prix weekend could end up with living, breathing humans actually reading it.”

But the driver of one of the back-of-the-field chuckle-wagons turned sour when the Essex steer-bot made the mistake of pointing out an actual motor racing thing he’d done; beating fellow incomprehensibly flush team-mate Roberto Merhi at the Bahrain Grand Prix.

“Every week I turn up, my bank account and future well-being is decimated to the tune of about 200 grand,” the 4 times Formula Renault winner admitted.

“I risk my life to study the back of a Mclaren-Honda for 8 seconds at the start of each race then spend 2 hours sliding around trying not to crash into the other one of these mainly so I don’t get the bill for that as well.”

“If I couldn’t point out the only thing I’d actually achieved I think I might have crashed straight into the Spanish media pool anyway,” he said in a tweet he later removed once his PR handler showed him the delete button.