It just dawned on Kimi Raikkonen fans he thinks they’re all dickheads.

Enthusiasts for the taciturn-bordering-on comatose Ferrari driver thought the lack of communication in anything other than a series of power-tool emulating whines, impatient barks, distracted monosyllabic droning and testy silences was a symbol of how cool and aloof the 35 year-old Finn is.

But now they’ve just woken up to the possibility he’s actually just an arsehole. 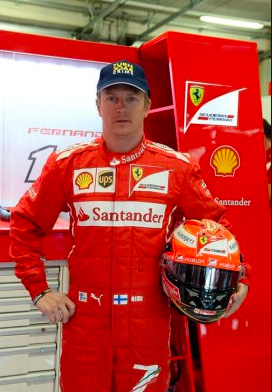 What are you looking at?

Kimi fan Hector Vector told us, “ever since I first saw him on the TV behind a pair of thick sunglasses looking disdainfully in the general direction of a journalist patiently asking him a question, I’ve had a poster of him on my wall.”

“It hangs next to my other favourite ones of Sir Alex Ferguson, Steven Segal, Sir John Nott, Barry Gibb, David Cameron, Meg Ryan, Quentin Tarantino and anyone else remotely famous who thought it was perfectly acceptable to behave like an absolute tool in an interview.”

Raikkonen arrived in Formula 1 at the Sauber team in 2001 and has said up to 1,000 words during nearly 15 years of intense questioning by journalists.

Though half of this was during a single drunken interview where he kept going on about how cool his skiddoo was.

“I was lucky enough to meet him once when I queued up for hours outside the Paddock,” Vector continued.

“I’ve still got the autograph he wrote, it says: fuck off you sad little arsehole.”

“Brilliant: what a legend! I’ll treasure it forever,” he added from out of his blankly uncomprehending stupid fat face.