Broken up and sold-off ex-F1 laughing stock, Caterham are thanking Christ they get to remain scattered around the back of this auction house rather than hurtling round the world’s Grand Prix tracks.

Stray suspension pushrod, Lot 279 said, “this time last year I was being asked to control the vertical wheel movements of largely recalcitrant technology whilst some nutcase renta-driver tried to drive it as only he knew how.”

“Which as far as I could tell was like Lee Majors out of The Fall Guy.” 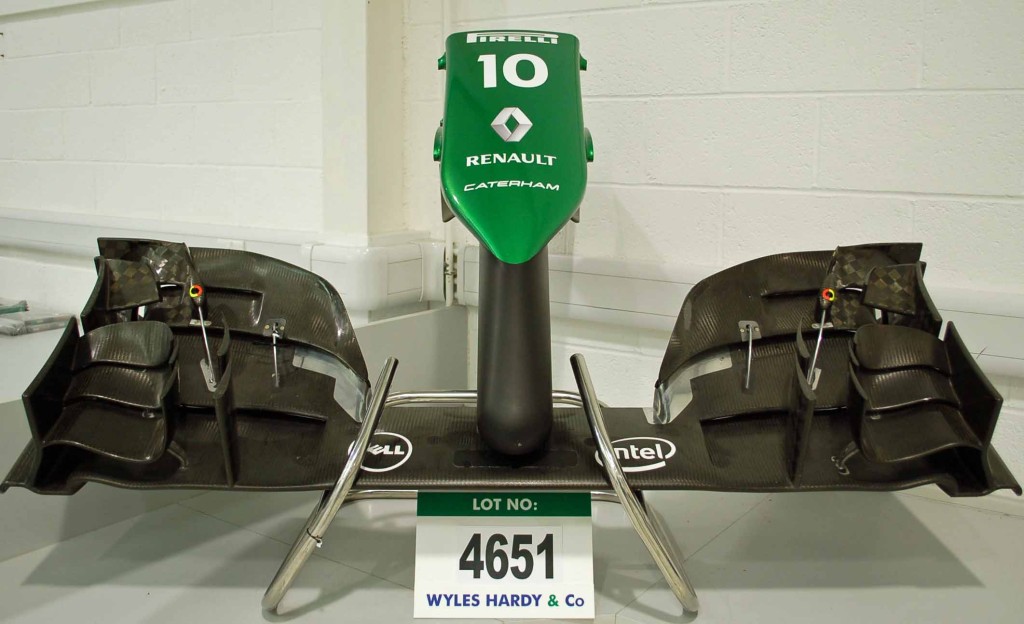 Like that shit you did last year at Silverstone: *technically* F1 history

“The thought that this time next week I could be melted down for drawing pins or nestling proudly on the sideboard of a friendless man from Swindon is a massive relief, to be honest with you,” it told us.

Caterham were once a pretend F1 team ostensibly selling pretend DIY cars of the same name, owned by a man wearing the wrong sort of hat indoors in-between caring more about football.

But when it turned out the man in the wrong hat knew as much about football as Formula 1 he decided to sell it to the only people he knew would buy it: deluded idiots without any actual money.

“In many respects, I’ve been lucky,” it continued.

“There’s a set of brake callipers over there that are gearing up for defensive cover at Loftus Road this weekend.”

“I was this close to being a substitute Joey Barton is what I’m saying,” it added.