The Swiss team made the admission in legal arguments relating to ex-driver, Giedo van der Garde’s attempt to overturn his exclusion from the team’s 2015 driver line-up.

“Straight up: this thing is the shit, man, “Sauber CEO, Monisha Kaltenborn told reporters whilst gesticulating at the C34. 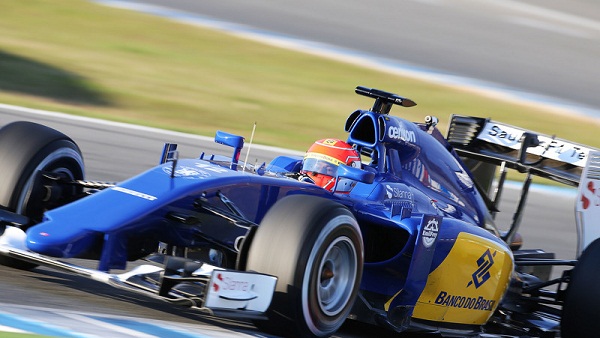 It’s coming straight at us!!!

“She will fuck you up if you even look at her.”

Van der Garde believed he had a binding contract with the Swiss outfit because he had the biggest suitcase of money but got upset when 2 more men turned up with even bigger suitcases.

But the 29 year old pointed out that he had a piece of paper saying he was the first person with a big suitcase and therefore got to go on the shiny car ride thing first.

The piece of paper – signed by his mum and co-signed by Kaltenborn – also said that if he was a good boy he got to stay in it for a whole year if he liked, even if he wasn’t very good.

“Climb inside that mother fucker and you are going straight into the history books, man,” Kaltenborn continued.

“It is sick!  You is dead! We can’t let no honky pussy just walk in and turn the key!  That is mother-fucking suicide, man!!” she explained to a panel of judges at Victoria State’s Supreme Court.