Kevin Magnussen will always be grateful to Mclaren for giving him the chance to fulfill his dream job of being a stunt car driver.

The 22 year old was suddenly handed the once-in-a-lifetime-given-what-the-car-might-be-capable-of opportunity when the team’s incumbent daredevil pilot, Fernando Alonso was unfortunately sidelined owing to its MP4-30 car scaring the shit out of him.

Said the young Dane, “following my dad round the race tracks of the world as a little boy, I always dreamed I would one day become a racing driver, like him.” 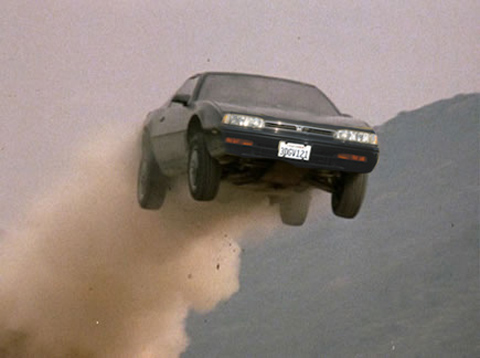 “At the same time however, I spent a lot of time watching American teatime TV and longed to scatter pedestrians from sidewalks during dangerous car chases, hurtle down narrow streets through inexplicably discarded cardboard boxes and leap through the air into the side of an articulated lorry.”

“Little did I know that barely 10 years later somebody would give me the chance to do both at the same time.”

“Except for the first one,” he added.

The 2013 Renault 3.5 champion had an eventful time following his shock late call up at the Australian Grand Prix; hurtling across a variety of surfaces including asphalt, grass and dirt; crashing into a wall and having his car blow up.

“It’s a shame it finished when it did,” Kevin explained.

“There was supposed to be a set piece finish where I ran out of brakes, careered into the pitlane straight into a lake of petrol which would send a fireball 400 feet into the air taking out a circling media helicopter.”

“But maybe Fernando can do that in Malaysia – if the pills he’s taking are as strong as I’ve heard they are,” he added.