Martin Whitmarsh can continue to be blamed for all Mclaren’s problems until at least the end of 2016.

The Woking concern sacked its then CEO at the beginning of last year but have revealed the 56 year old will continue to be held responsible for ongoing catastrophes for the foreseeable future.

Current, blameless Chairman, Ron Dennis said, “we are delighted to announce Martin’s role as Chief Scapegoat will be extended indefinitely.” 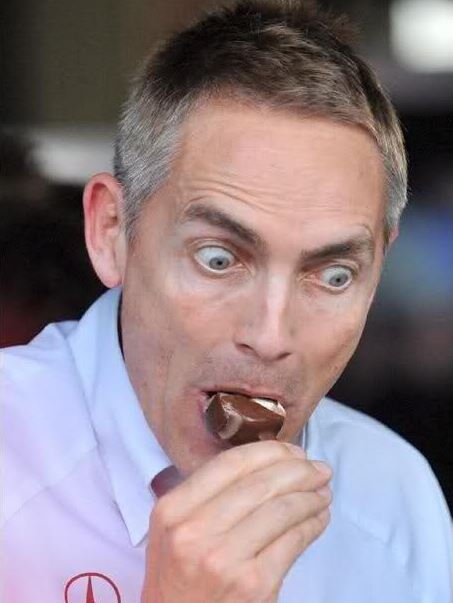 “Now if anybody could just see if they can find him I can give him this cheque and access to his still maintained email Inbox, containing over 500 anonymous staff messages telling him to go fuck himself.”

Despite a career lasting a quarter of a century during which the team enjoyed unprecedented success, the reedy-voiced, haunted tree-alike was turfed out of his Mclaren team principal role when it was thought things couldn’t get any worse.

But boy: were they wrong about that one.

“Mclaren has always prided itself in hiring the best person in their best role,” Dennis continued.

“So given how much of a clusterfuck Martin was when he was actually working here, it makes perfect sense to maintain this position even when he isn’t.”

“Anything to avoid carrying the can for all this myself, obviously,” he added