F1 Drivers are to be banned from demonstrating why they shouldn’t be allowed near a sketch pad and felt-tip pens more than once a year.

The FIA announced the curtailment of helmet colouring in and make-and-do sessions upsetting those already elbow deep in Pritt Stick, glitter and packs of adhesive stars.

President Jean Todt said, “if we’d wanted driver’s artistic contributions we’d have hired Tony Hart to run workshops at every race then held a gallery at Abu Dhabi and flogged off the ensuing watercolours, pastels and pasta-shape collages for charity.” 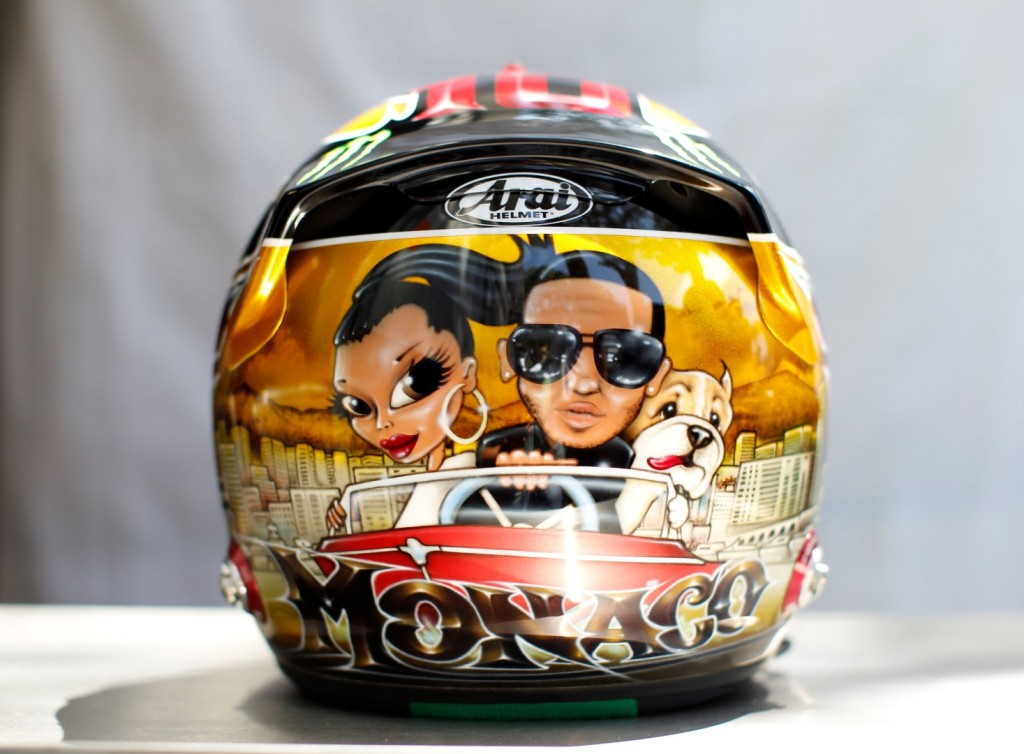 ‘Cos you’d definitely have seen Senna wear this wouldn’t you?

“But we didn’t do that because we know full well even the least worst drawer here does faces like plates of eggs and bacon, can’t grasp perspective and colours everything in neon yellow – including the sea,” he explained.

Before Photoshop, drivers would usually have one helmet design created in collaboration with a graphic designer that would easily identify them.

Helmets became as iconoclastic as the drivers who wore them; designs reached down through history to touch future generations simply by the power of association: Senna’s yellow helmet as iconic as Pele’s number 7 or Maradona’s 10.

But because Adobe sell their creative clusterfuck program to any idiot, drivers haven’t got anything to keep them occupied now testing is banned, and fucking Art Attack: the immature, over-privileged, tasteless idiots all think they’re sodding Rembrandt or something. Whoever he is.

“But I *like* different coloured lights! I *like* shiny things!! I get bored of red!!!” one multiple World Champion whined like one of those kids you want to tar and feather and tip into a wheelie bin full of killer bees.