Niki Lauda’s boyhood Santa Christmas list has mistakenly been put out as a press statement.

The 65 year old wrote the note on the back of a Das Kornflakes packet in December 1958 but forgot about it until it was accidentally incorporated into a 2015 F1 pre-season interview.

Said the triple F1 Champion, “in Austria there is a tradition of writing a letter to Saint Nicholas explaining what you want for Christmas.” 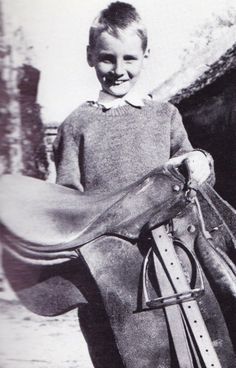 Even my pony left

“I said I would like a 1,000 horsepower racing car, miniature lop-eared rabbit, infinite supply of Haribo and extensive dental work.”

“All I actually got was a tangerine, tin whistle and Parmalat baseball cap but it was never a problem and I’m over that now,” he sobbed.

The mistake is thought to have occurred when the crumpled slip of cardboard somehow got into the hands of a Mercedes press officer fooled by the unnerving similarity between the boyhood and contemporary Lauda handwriting.

It fell out of the back of The Rat’s Wrangler jeans as he scrabbled around on his hands and knees looking for a 5 pence piece he thought he’d seen glinting from under a dog end in the gutter.

“But I’d rather have the rabbit. I was going to call him Floppity. I haven’t really had a friend since 1967.”

Toyota entry, “proves we’re committed to finally getting through this warehouse full of $100 bills”