Scalextric is a shorter route to F1 than F3 these days, say the FIA.

Unveiling the new F1 Superlicence, the governing body insisted that F3 still had a firm role in the creation of future talent but it might be the sort of talent that went on to run a go-kart track at a funfair was all.

F1 talent-spotter, Mitch Caucasian said, “F3 was once the pinnacle of F1 training excellence: Lauda, Senna, Schumacher, Hakinnen – all came through its ranks.” 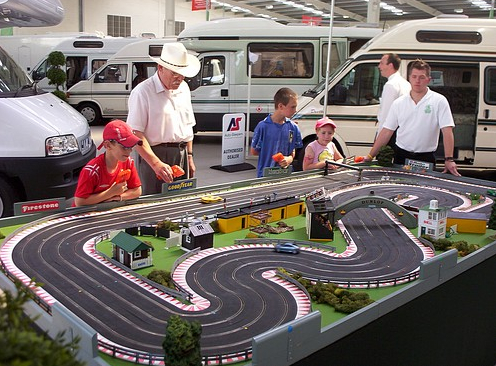 “Grids were full and crowds mirrored the excitement: the hair would stand up on the back of your neck as Steve Rider promised, ‘round 8 of the Unipart British Formula 3 Championship from Mallory Park‘.”

“‘Just after the National Swimming Heats from Milton Keynes‘ – over the top of Don Henley’s, Boys of Summer,” he added.

But Formula 3 gradually faded from global motorsports consciousness when it was revealed people were less excited by a category powered by a 4 cylinder, 170BHP engine out of a Volkswagen Passat than was previously thought.

“You can still be an F3 Champion and be very, very proud of yourself,” Caucasian added.

“Just get in line behind 2014 World Scalextric champion, Peter Dimmers if you’re thinking of knocking on Mclaren’s door is all I’m saying,” he said.