When Williams told Martini they were launching their 2015 F1 car in a classy, upmarket, specialist magazine, Martini thought they meant Playboy.

The 1970s Italian mixer was excited at the prospect their chief target demographic – middle-aged, overweight, sexually inexperienced bachelors given to nostalgia of a mythical past since look at what the fuck the future held for them – was to be given an exclusive first view of the iconic white, red and blue 2015 F1 season challenger.

But their hopes were quashed when the latest Grove effort appeared with not a single one of Raquel Welch, Pamela Anderson or Maria Whittaker draped over it. 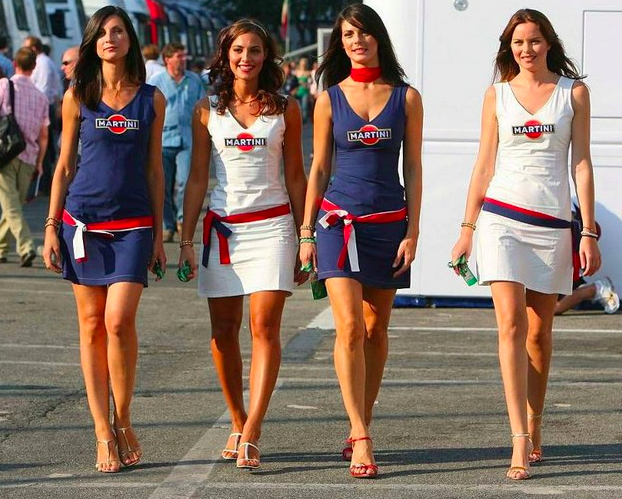 “It’s absolutely crucial we get our message across – that drinking Martini isn’t like admitting you love flared trousers and wish the Black and White Minstrel Show was still on TV.”

“Even if, upon looking at the sort of people who drink our stuff, it might seem like that.”

The caustic nostalgia-punch brewers have traditionally traded off a sexy, Mediterranean chic appealing to those unaware Milan on a Friday night can feel like a version of the Bigg Market but in more expensive clothes.

So it was no surprise that the proto-cough medicine bottlers were so keen to announce their latest F1 collaboration in the desperately outmoded gentleman’s relaxation periodical.

“F1 Racing is a specialist F1 magazine covering F1 – there are hardly any men with moustaches, denim jump suits or women sporting daring decolletage whilst grinning in coral lipstick from under a straw hat.”

“Plus having our colours splashed all over the front just encourages drinking and driving, I imagine.”

“Hang on: that’s a fucking brilliant fit!” he added.