Lewis Hamilton has seen what happens to drivers who become World Champion and isn’t falling for that number 1 on your car voodoo shit, no sir.

The 28 year old wore the number 1 in 2009 and ended up like 50th or something because his car was possessed by an evil hex and Martin Whitmarsh had just taken over – which come to think of it, was probably the same thing.

And look what happened to Seb last year as well, I’m not stupid he said. 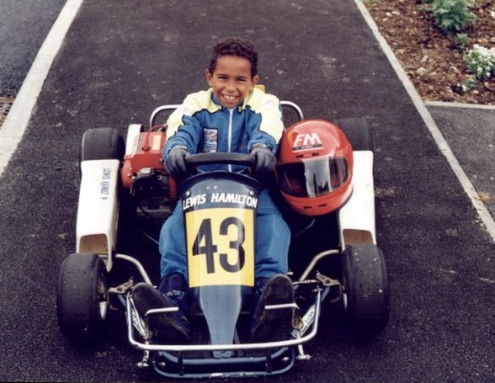 “Putting a number 1 on your car is just asking for trouble.”

“Like my mate Gary Stretch: he put a full body kit, double Cobra stripes and a number 1 on his Clio and the next thing you know he’d rolled it into a field of cows after he got into a race with a Suzuki Swift.”

The Mercedes driver confirmed he would instead continue with the lucky 44 number he raced so successfully in 2014; like in Australia, Monaco and Canada.

And Austria.  And Germany.

And Belgium and Hungary.

“If I wear the number 1 on my car next year the rest of the grid might just think I’m some cocky twat showing off all the time and being a dick,” Hamilton continued.

Toyota entry, “proves we’re committed to finally getting through this warehouse full of $100 bills”