F1 engine manufacturers are relieved they’ve found a use for all this flipping money their parent companies keep making.

Renault, Mercedes, Ferrari and Honda were delighted to discover a loophole in the engine regulations meant unfettered updates to their current creations could take place as soon as somebody could be found to sign this cheque. 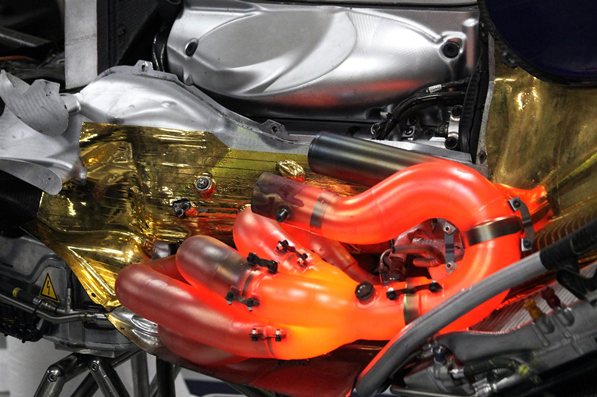 And when it’s finally hot enough, we chuck on the $50 bills

“But these FIA regulations were unfairly restricting their ability to bury their companies under mountains of unsustainable debt.”

“Until someone discovered you could just ignore it: apparently it was drafted in the wrong colour ink or something,” he suggested.

F1 has been criticised for being a gaudy mud-heap of shamefully unprincipled, breathtakingly banal profligacy by people who know better.

But the sport’s omission of such people meant nobody saw anything wrong with spunking $100 million up the wall each year on lighter valve-gromits to make their bewinged advertising hoarding a yard quicker into Casino Square each May.

“Caterham and Marussia have already gone under so there aren’t any teams left anyone gives a shit about to be affected by this,” Jean Todt said after one too many Pernods.

“And before you say anything: Lotus and Sauber don’t count.”

Raikkonen to be sold off as derivative