The shiny silver perenial underachievers have compounded somehow luring a major manufacturer to drag their hastily thrown together shit boxes round the world’s race circuits in 2015 by simultaneously landing venerated ex-employee Fernando Alonso. 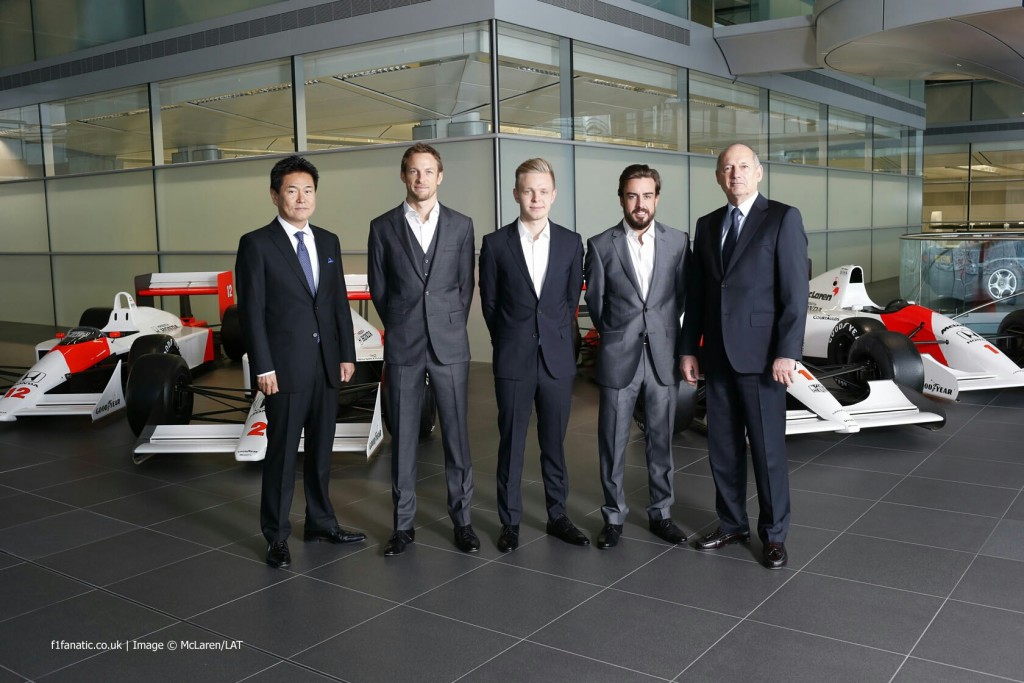 You are feeling very sleeeeeeeeepyyyyyyyy

The Woking squad have not won a race in over 2 years, have no title sponsor and were forced to employ a French Penfold impersonator to run the team when their Martin 3000 Autobot had to be stood down after it blew a 3 amp fuse in its teeth.

Which still isn’t enough to put people off going to work there. In fucking Woking.

“Their PR is like-a bladdy Derren bladdy Brown or summink!”

“I DEFINITELY STILL HAVE A CAREER AT MCLAREN!!!” Kevin Magnussen sang, except with his eyes.

Pay drivers not getting fucking tab as well