Of course Audi aren’t in F1 because that way they don’t have to deal with Bernie Ecclestone, the German automotive manufacturer says.

That and sportscars costs about thruppence in comparison and they don’t have to worry about bell-ends driving their cars because nobody can remember who drives them anyway.

Head of Audi Motorsport, Dr. Wolfgang Ullrich said, “we spend a fraction of what we’d have to on F1 and for that we get twice as many cars, everyone knows we win the most prestigious race pretty much every year and we don’t have to talk to a para-psychotic midget with a megalomaniac complex to do it.” 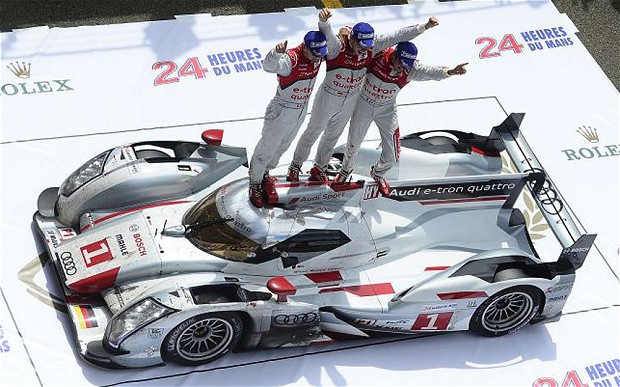 “We’d have to be absolutely fucking mental to go into F1.”

“Or: you know – somebody who buys one of our cars,” he argued coherently.

The Bavaria-based automotive giant has often been linked to Formula 1 owing to its motorsport legacy, vast income and dearth of anything concrete to write about by bored journalists wanting to go to the pub 30 minutes early.

But just because it makes more than €4 billion in profit doesn’t mean it’s a good idea to piss a 10th of it up the wall on a sport currently dying on its arse in the most humiliatingly public way possible.

“Even his mum doesn’t know Tom Kristensen’s won Le Mans 9 times but she knows Audi wins it all the time,” Ullrich continued.

“She just thought he went on a camping holiday to Northern France each year.”

“No wonder we only ever pay him board and lodging.”

Briatore and Mosley to settle this in the fucking car park, alright?