Toro Rosso have hired Carlos Sainz jnr so they get to hang out with his cool dad.

The Tesco Value Red Bull team announced the appointment alongside their new recruit whilst casting longing glances at his double World Rally champion father, busy signing autographs at the side of the room.

Said team head and all round cunt-neck, Franz Tost, “look everyone! Look!!! It’s only Carlos-fucking-Sainz!!!!” 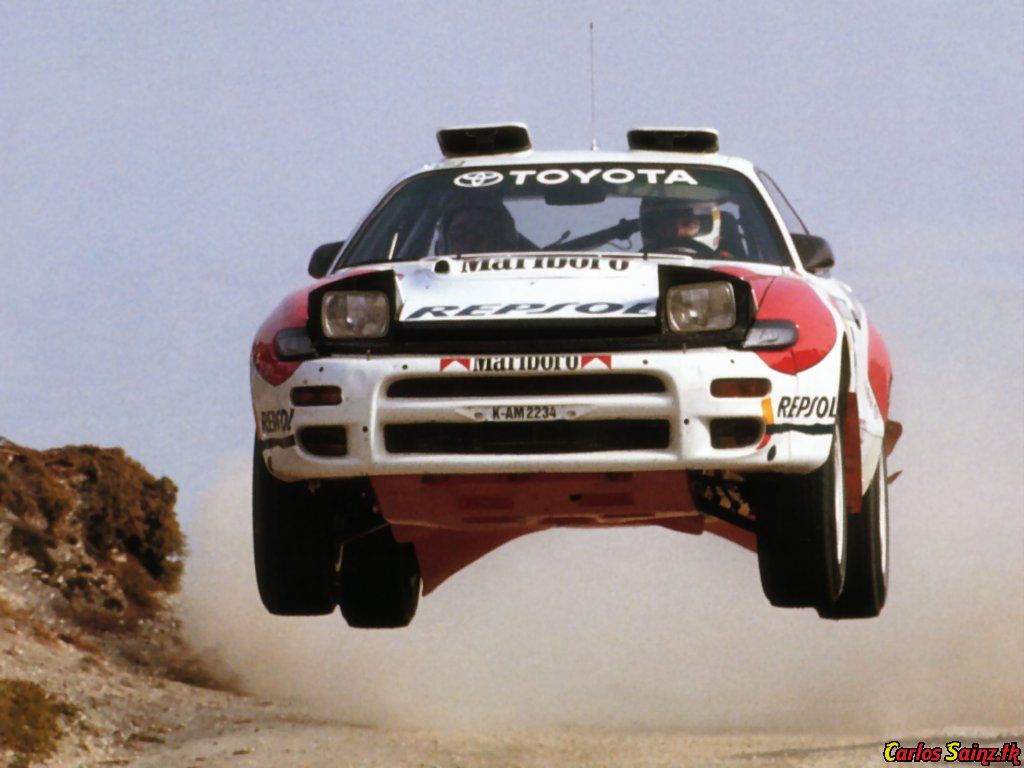 Carlos Sainz Jnr has been in the Red Bull junior program since 2010, winning races in various junior formulae, culminating in the 2014 Formula Renault 3.5 championship.

But his dad is Carlos FUCKING Sainz.

“But that bloke was the first non-Scandinavian to win the 1,000 Lakes – with a broken fucking ankle. He was The Matador before Fernando Alonso had even dreamt of changing gear.”

“I am actually wetting myself,” he added.

Only supposed to provide the tits and diamonds says Monaco