Lewis Hamilton has been professionally managed for the last 4 years.

The sensational admission stunned onlookers who assumed the car crash personality on display during this period could surely only have come about entirely accidentally. 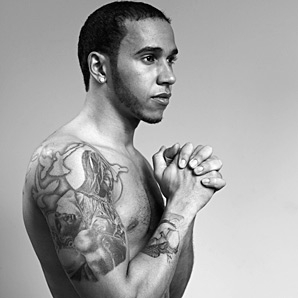 “I thought he was accidentally being a bell-end but it turns out Simon Fuller’s management company has been telling him to do that.”

“Never mind the fact he listened to them. I might need to go and have a lie down now.”

The current championship leader’s recent past has been choc-a-bloc with Twitter tantrums, paranoid self-persecution rants, tattoos copied from a pre-pubsecent Goth’s colouring book and an on-off relationship with a shampoo saleswoman.

All under the watch of a company paid actual money to make  him look good.

“So basically, every week Lewis was being Captain Penis in front of the cameras the bunch of people he was paying millions to ensure he didn’t do that just grinned and put their thumbs up?” Creosote continued.