The defunct F1 team HRT ended up as the best of the 3 teams that entered F1 in 2010 because they lost the least money.

The Spanish concern burbled along at the back of the grid under 2 different names for a whole 3 seasons before finally going under but as a result only became a fraction as bankrupt as Caterham and Marussia did.

And under the terms of the new F1, this means they’re better or won or something. 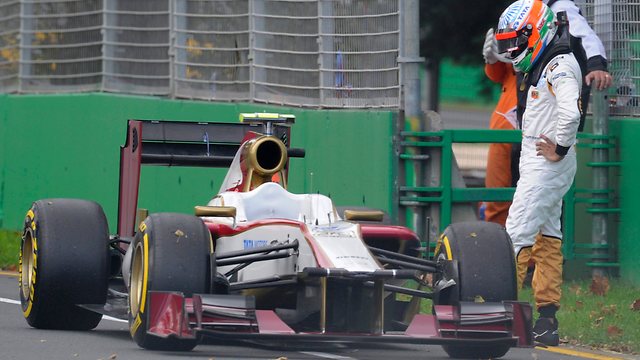 At least I’m not wasting any petrol

Ex-F1 driving ex-head of ex-team Hispania or HRT or whatever it was, Luis Perez-Sala said, “we were absolute dogshit last every season we raced – all 3 of them.”

“Which is some sort of achievement when you consider the pace Marussia and Caterham ran at.”

“But ultimately, our investors and backers only lost a few hundred grand whereas this lot are making loads of creditors and their own staff destitute so I think that means we’re best?”

“Awarding points for not being as in the red as another team makes perfect sense,” F1 supremo Bernie Ecclestone commented.

“Just like double points and medals and skimming off half the revenue to keep my children in shoes and crystal baths.”

“I wonder when people will start realising I’m actually pure malevolent evil from a parallel dimension?” he added.