F1 is going all out to acquire sponsorship for its key audience of nearly-dead wealthied pensioners.

The multi-billion dollar global sport being that thing because billions of people have given it billions of dollars from around the world over the years has caused problems for people whose job it is to keep people doing that. 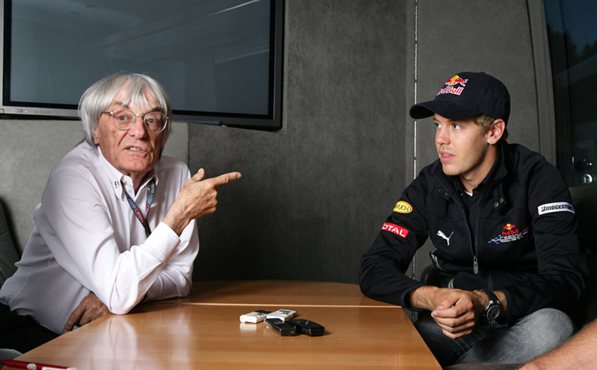 And this one can fuck off for a start

F1 money analyst, Jordan Bellend said, “highly skilled athletes displaying nerveless courage harnessing the apogee of human technical excellence at life threatening speeds has naturally only ever appealed to people who wear beige trench coats from M&S, take their teeth out at night and live on an exclusive diet of fish paste sandwiches.”

“But for some reason F1 thinks it can appeal to these people by advertising caffeine-laden fizzy drinks, hot hatchbacks, booze, mobile phones and Enterprise IT systems.”

“Which – apart from the booze, obviously – is just ridiculous,” he explained.

New partnerships are rapidly being sought therefore, to harness the vast spending power of people who queue up at Post Offices every Thursday morning for their income and go through the bins at the back of Iceland for out-of-date dog food to feed their tiny, yappy terriers with.

“Sanatogen, Bingo, Stanna. If you get them: 7 Seas, Incontinence Pants and mobility scooter manufacturers are bound to come on board.”

“What an amazing future!”