Nico Rosberg is desperately hoping the double cheeseburger he just consumed means he now gets *4* times as many points in the season closing Abu Dhabi race.

Or he is going to have to do a really big poo.

Said the half German, half Finnish, 100% blonde bombshell, “double points makes no sense to me so I figured having this double cheeseburger might double the double points as well.” 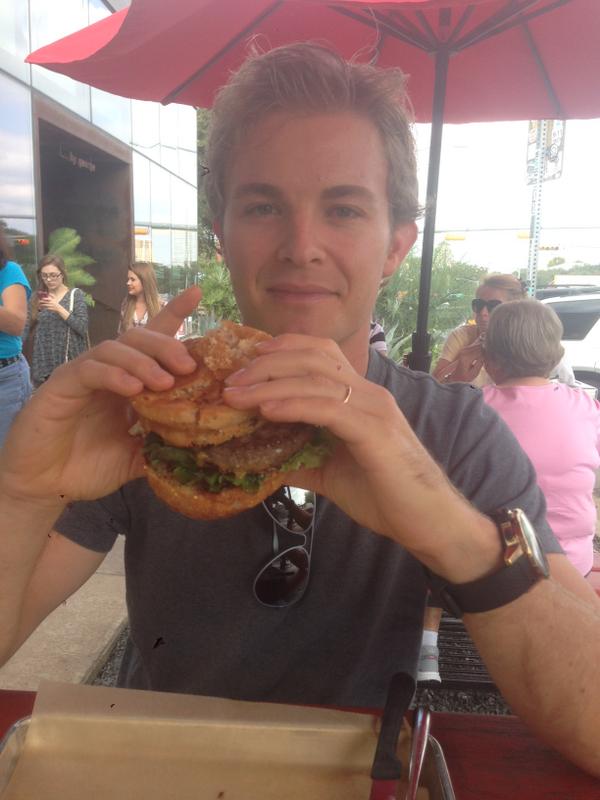 “It means losing a tenth of a second in laptime but I’m prepared to take that chance.”

The cosmopolitan Mercedes man revealed that since he landed in the Middle East kingdom he’d been sleeping in a double bed with a double quilt, doubled up on taxis from his hotel to the circuit and packed his SNES in his carry on luggage especially so he could play Double Dragon.

“By my reckoning, I should have enough double points to be able to finish 10th and still win the World Championship regardless of what Lewis does,” continued the half man, half wig.

“Or I won’t and either way, none of it will make any sense whatsoever.”