Ron Dennis is absolutely committed to being Formula 1’s top ballbag no matter what anyone else does – apart from Bernie Ecclestone.

The 67 year old head of Mclaren announced he was going to keep his 2 current drivers dangling just long enough to totally fuck their immediate and probably future careers not because he hadn’t made his mind up yet but because he was the baddest motherfucker in the paddock and nobody was going to take that from him – apart from Bernie Ecclestone. 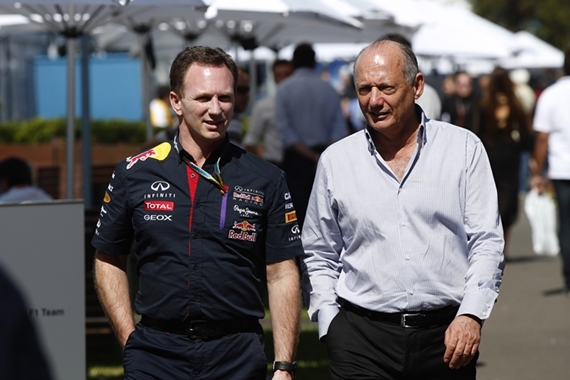 I is going to well fuck you up

“And there is nobody – I mean nobody who gonna take that away – no sir!”

“Aside from Mr Ecclestone: who I have always respected as one of life’s top assholes,” he said.

The planned 1st of December announcement is sufficiently close to Christmas to still exist as a raw wound of unflinching misery as the presents are unwrapped in a bulging household of friends, family, mince pies and Slade and just too late to explore any other career options whatsoever.

“He gotta do more than dump his wife and new born daughter and shack up with some no good bar singing floozy to out-muthafucka me: I’m telling ya,” the otherwise clean-living pensioner explained regarding the Red Bull Racing head.

“Ahm gonna ruin *2* lives and then maybe find a 3rd asshole to skullfuck just to prove I am the bitchest bitch that ever existed in the kingdom of the bitch.”

“Apart from Bernie – God bless that son of a bitch,” he added.