Caterham aren’t sure if finishing last at Abu Dhabi means finishing twice as good as that or you get a bonus point just for turning up or if it means nothing still or what the fuck?

The strugglingly dead Norfolk concern convinced over 6,000 punters to back the outfit in its bid to compete at the final race of the 2014 season.

And now all it has to do is remember why. 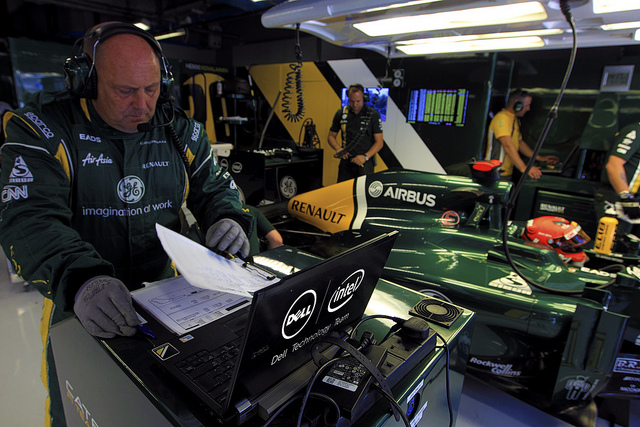 Not in charge any more and wondering why he’s answering this, Colin Kolles said, “we’re going all out to finish 9th. Or maybe finish. Or do 1 lap and not crash the car or something. It’s very important though – apparently.”

“Because if we get 9th then the team I don’t work for any more get a bigger budget. Provided they’re still going. Unless they get it anyway because Marussia are dead. Or Bernie ends up giving everyone a load of money after all.”

“I expect we should have thought of this before we got on the Easyjet flight – not that I got on as I was sacked weeks ago.”

The once-called-Lotus achingly embarrassing clusterfuck operation hopes that by making it to the last race of 2014…..errrr……?

“We’ll get to splurge a shit load of money up the wall several thousand people have suddenly realized they were desperately hoping had zero chance of ever getting spent: a fitting end to the team’s history when all is said and done, ” Kolles continued.

“Or is it supposed to be a new beginning?”