Fellas are all gonna be fellas this weekend, F1 has announced.

The high octane, hairy chested jamboree strode into the Eastern European autocracy this week ready to kick the shit out of Russia’s inaugural Grand Prix, maybe over a beer and a fag.

Blatantly heterosexual head of the sport’s governing body, Jean Todt said, “I’m delighted to be here in Sochi where I plan to start drinking immediately and maybe sleep with a couple of prostitutes – possibly at the same time.” 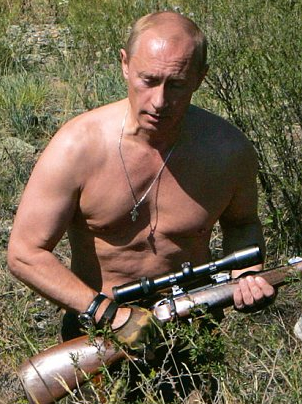 And afterwards we all get to hang out with *this* guy

“This is despite being married to international beauty, Michelle Yeoh who – even if she wasn’t at home washing the dishes and doing the ironing – I won’t tell if you won’t,” he winked, taking a swig of whisky from a hip flask.

Whilst not the first event in the Eastern Bloc, the Sochi race amazingly represents the first time F1 has visited a country without any resident homosexuals in it at all. Until the circus visits Azerbaijan in 2015. And maybe Bahrain and Abu Dhabi come to think of it. And Malaysia.

“Russia have been terrific at welcoming us, regardless of our creed, colour or sexuality,” Todt continued.

“The fact that we’re all white Christians who like nothing better than having sexual intercourse with masses and masses of women is just a coincidence,” he added over a cigar whilst keeping one eye on the football and the other on this bird who looked like an absolute sort, I can tell you.