Nico Hulkenberg has decided to continue his role emulating the frustrating life of a typical everyday man.

The 27 year old has been gradually perfecting the giant, sit-in, everyday life-emulating device – known as the Depressnacon – ever since he thought he’d made it to F1 over 4 years ago.

Said the German,”rather than striving for a successful F1 career I decided acting out a simulacrum of the viewers’ own desultory lives – taking a once promising career and slowly grinding it to dust, mired in mediocrity – was a better use of my time.” 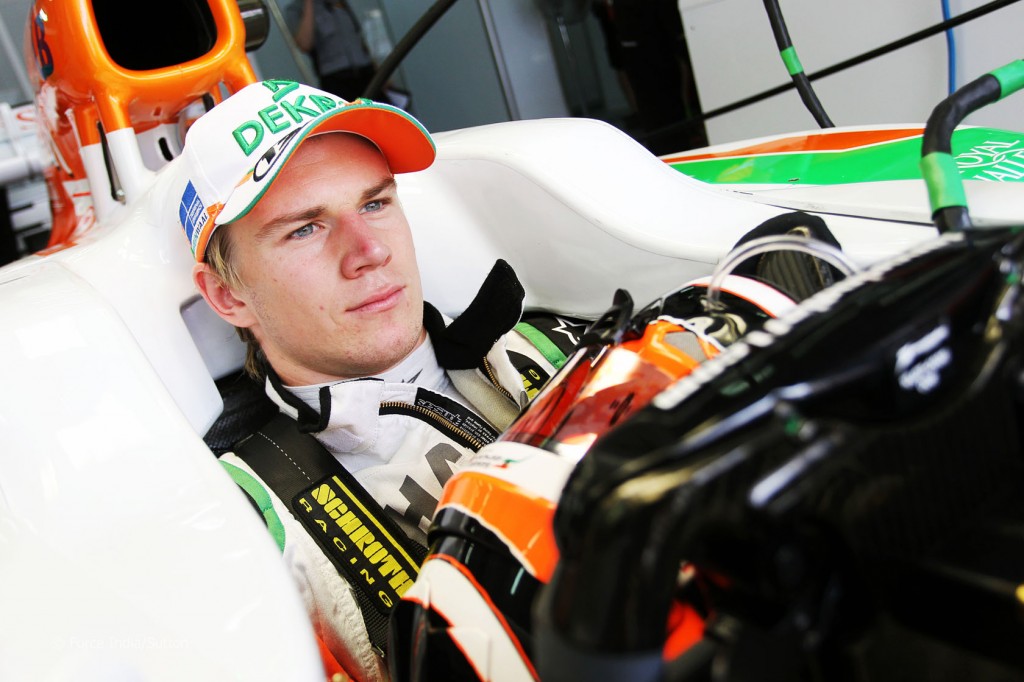 The Depressnacon looks like a really fast F1 car – or failing that, a Force India – but is only ever capable of middling performances; miring the incumbent in an increasingly miserable and desperate anonymity.

As he is superseded by younger, richer, better looking men the sense of hopelessness, despair and ingrained cynicism at the disintegration of all hopes and fears accelerates until the apparent career finishes with the incumbent weighing twice as much as when they started with crows feet like cracks in the Mojave desert and a face like a bag of punched mince.