Future Grand Prix are all going to be run from inside your head, it’s been revealed.

Plans for the entirely fictitious formula were announced by the FIA whilst it was still around long enough for anyone to pay attention to it.

Titular head, Jean Todt said, “F1 is the pinnacle of World Motorsport and the most exciting motor racing series on the planet.” 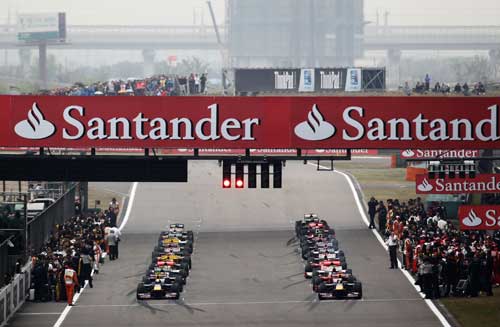 Now appearing exclusively in your head

“But like anything it can still be improved: and what better way to do that than have everyone decide exactly what will happen using the power of their imaginations?”

The collapse into administration of the Caterham and Marussia teams and news others might soon follow were met with alarm by F1 insiders convinced not having any cars to compete in a car-based championship was potentially problematic.

“I was starting to worry that my favourite unsustainable sport would collapse and all I’d be left with were glorious memories of all Sebastian Vettel’s empty victories, the sound of Lewis Hamilton’s whining and Bernie Ecclestone’s tiny poisonous face near a murderer with a big wallet,” F1 fan Bursitis Kranks said.

“But this new formula means that in future, I can replace Vettel with my favourite driver, conduct all Lewis Hamilton’s interviews underwater and start each race by having Charlie Whiting decapitate a re-animated Bernie Ecclestone whose head the rest of the field then pass over for the remaining laps.”

“I can then concentrate on the race whilst being fellated by any of Nicole Scherzinger, Susie Wolff or Suzi Perry – or all 3. With Lee Mckenzie spectating,” the 16 year old added.

“Or in other words: pretty much what I’m thinking most of the time anyway.”