So many things are wrong with the F14T, Ferrari can’t tell what the worst thing is.

The Maranello squad admitted they’ve thrown in the towel trying to figure out what to fix first what with the whole car seeming to be pretty equally piss poor.

New boss Mario Mattiachi admitted, “Ferrari has prided itself on being able to build a car with one stand-out God awful feature but my designers have admitted they don’t know where to start with this pile of shite.” 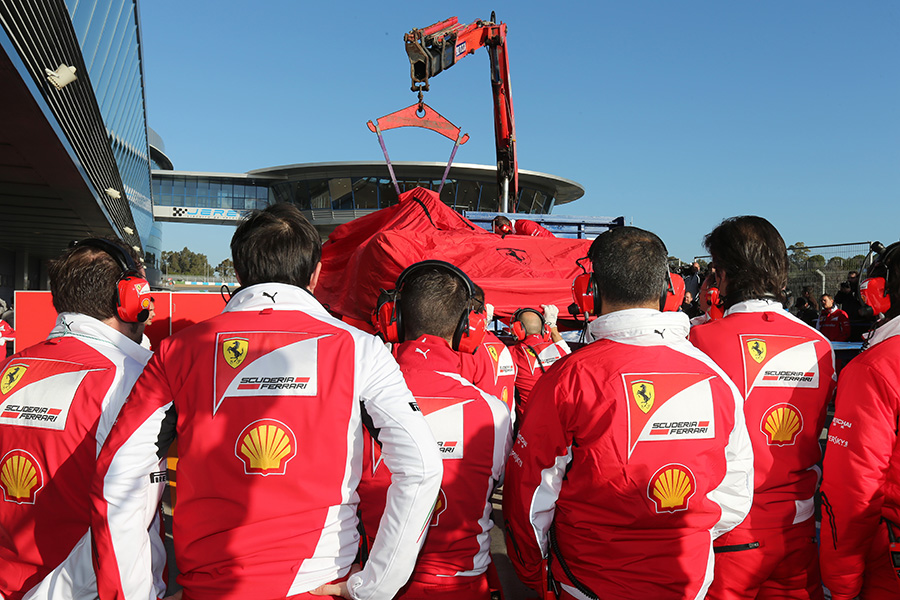 Shouldn’t we be at sea when we bury this?

“Is it the ERS? The engine? Gearbox? Chassis? Drivers? Nobody seems to have a fucking clue.”

“It was getting so bad even Luca [di Montezemolo] got the boot because somebody suggested his hair was accidentally billowing into the intake,” he added.

Great hopes were raised at the start of the season for some reason as people with short memories figured the Italian marque couldn’t possibly cobble together a car as badly as all the other recent years, could they?

But following a string of woeful results, the droop-nosed scarlet shitbox has defied all Italian engineering logic in attempts to pinpoint its single defining area of utter craptitude.

“We are going to concentrate all our efforts on 2015 now, ” Mattiachi continued.

“I reckon if we can start now we can make sure there’s absolutely no ambiguity: just one single defining absolute clusterfuck carbuncle of a cock-up.”

“Or we could just re-sign Kimi – that would do it,” he added.