The Spaniard is coming to the end of his 5th consecutive season with Ferrari which surely only a mental case or Michael Schumacher would contemplate extending?

Mental health pundit Jimmy Madnuts commented, “Fernando has just passed a momentous 500 days since he last got to answer the post-race interview questions before everyone else.” 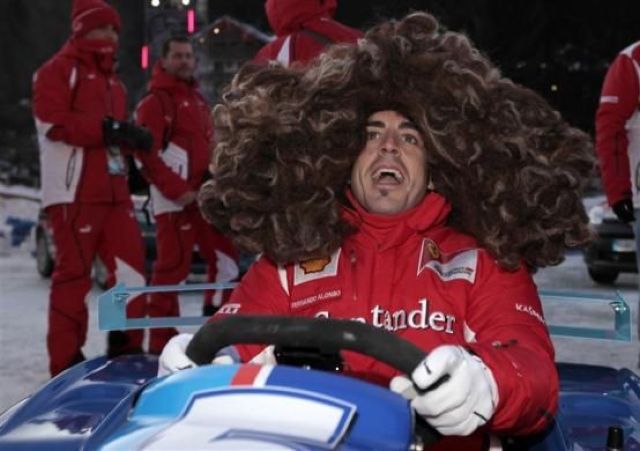 You should have seen what I was like at Mclaren

“And twice that when he started to wonder why someone was apparently whispering messages about the Anti-Christ to him in Italian at 4 in the morning when he was at home in bed with the pillow over his ears.”

The 33 year old has come a long way since he won his last World Championship back in 2006, mostly in around 5th place.

Risking life and limb 20 times a year just to talk to Natalie Pinkham whilst wearing a boiler suit in your favourite colour has led many to suggest the Double World Champion has finally gone doo-lally.

“If he’s not careful he’ll find himself coming to work in just his underpants on a Space Hopper whistling the theme tune to Home and Away,” Madnuts continued.