Men in their mid to late 30’s have been allowed once again to imagine it’s somehow not too late to get to F1.

Demographic-matching loner, Keith Pringles said, “it was a total relief when Caterham made their announcement, given the last driver signing was young enough to be my son – assuming I’d managed to have sex with that girl that time.” 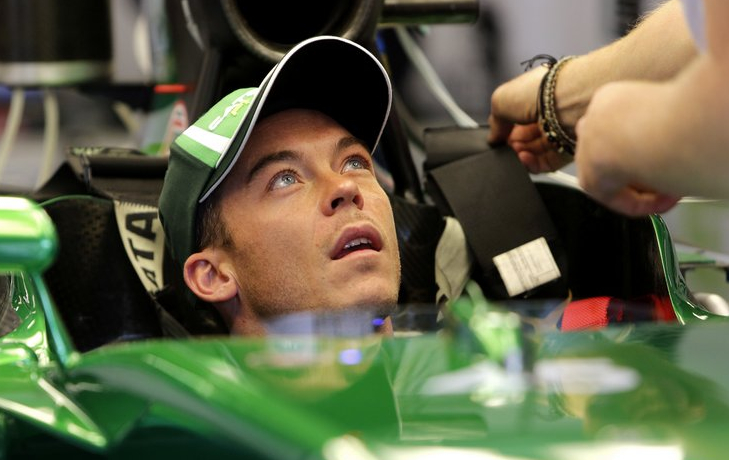 “Now at last I can revive the baseless fantasy I could somehow still get to be an F1 driver thanks to my Codemasters PS3 performances and 15 years no claims bonus,” he added.

The triple Le Mans winner was handed his big break of pedalling one of the green “cars” round the longest track on the Grand Prix calendar after losing a game of cards to latest Caterham short straw winner, Colin Kolles.

“It was becoming increasingly difficult picturing me being called up at the last moment to replace an injured Kimi Raikkonen, struggling in qualifying but going on to finish a sensational 3rd in a tricky wet/dry race when each new Grand Prix recruit was barely older than my Matrix Box Set,” Pringles explained.

“But now Lotterer’s been given his big break, the simple expedient of him being less than 5 years younger than me somehow makes my insane delusion seem feasible.”

“Which is handy given that restraining order going within 5 miles of Rachel Riley has kyboshed the other one I had,” he added.

Ferrari insist everyone come down to their level