Nico Rosberg being so keen to big up German sporting achievements proves Nico Rosberg’s not German, experts have agreed.

The son of ex-World F1 champion, Keke not only bigged up his own victory at last weekend’s German Grand Prix but had previously tried to have his helmet customised in celebration of the country’s recent triumph in the World Cup to demonstrate allegiance to his mother’s country of birth.

All of which is a dead giveaway that he’s as German as a Nokia 9300, say Anthropologists. 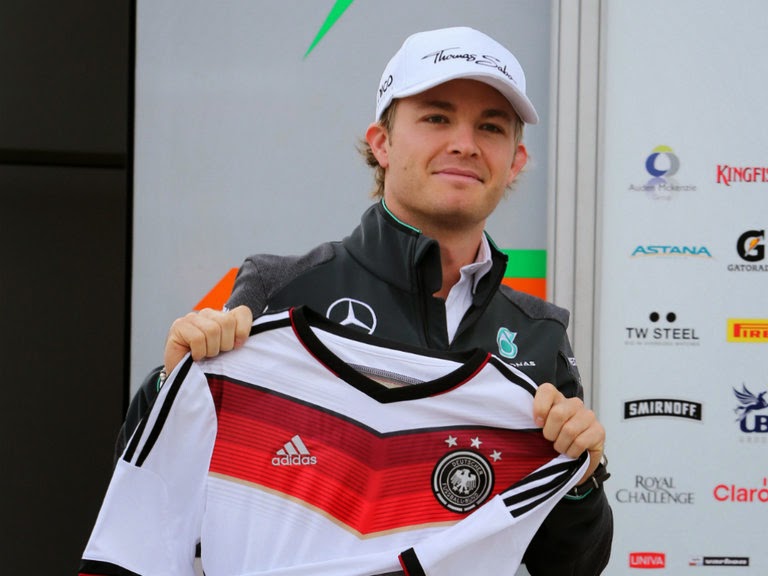 Look what I found at the back of the wardrobe!

“For nearly 70 years, German anxiety about appearing to revel in even fleeting superficial superiority has bordered on the neurotic,” sociologist Hans Bladder explained.

“Thus joy at previous World Cup victories, their stunning economic success and even the odd Olympic track and field victory has been met with an almost immediate embarrassed hand wringing apology just before they resume kicking the shit out of everyone again, about 10 minutes later.”

“Nico waving the German flag, posting selfies of himself apparently watching “his” team winning the World Cup on Instagram never mind trying to plaster it all on his helmet ironically just proves he has no idea what it is to be a German,” added the social scientist.

“I am really, really proud of how much Germany has achieved,” Nico explained.

“Achievements that are even more incredible given that – living in Monaco – they’ve had absolutely none of the colossal amounts of money I’ve made in my career to help them.”

“Deutschland über alles – or whatever we’re allowed to say these days,” he added.