An F1 fan friendship between two 30-something men is under threat when one admitted to the other he neither understood nor cared about the FRIC suspension issue.

The difference in interest was described as a “chasm” by Bill Woolard who found the whole front to rear interconnected suspension technology, “really interesting” and “the sort of thing that drew [him] to the sport in the first place.”

But Christopher Goffey, the friend of 3 years he met at a Badger GP bash couldn’t, “give an effin Jeff,” about the sudden technical hulabaloo and the disparate engineering attitude gap is putting real strains on their already tenuous acquaintance. 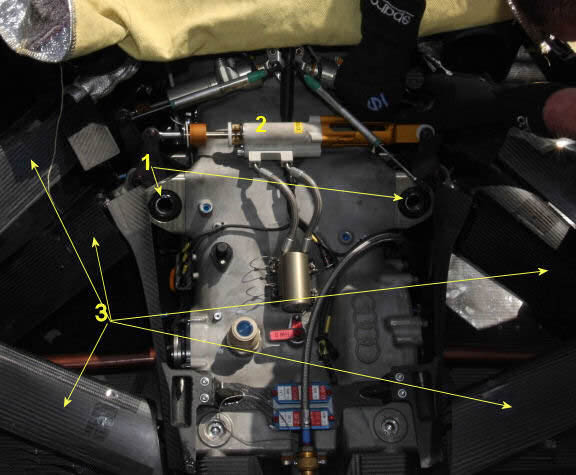 Some shit or other, yesterday

“Front-and-Rear Interconnected Suspension – or FRIC,” Bill started boring the shit out of everyone with, “is an absolutely fascinating example of how Formula 1 engineers always find a way of maximising existing rules to create a competitive advantage,” absolutely nobody listening could remember 10 seconds after it left his mouth.

“An entirely inboard, hydraulically controlled damping system that nonetheless can manipulate external downforce levels at variable speeds,” he droned on and on.

“Incredibly imaginative, dynamic engineering,” he added long after everyone else had left the room.

Mr Goffey was non-plussed however, “I heard all this back in 2003 with twin keels and in 2009 with double diffusers – well, two more words for you, ‘not interesting’,” he added, triumphant.

“F1 is more than just technology. It’s about skill, personality, history, danger and let’s not forget the most important bit – glamour,” he chuckled, returning to a Google image search for Natalie Pinkham Cleavage.