The 29 year old Mercedes driver was just coincidentally wondering about what Germans might be like shortly after retiring from last weekend’s Canadian Grand Prix where his German team-mate went on to continue his unbroken finishing record for the German team.

Said the 2008 World Champion, “I didn’t do too much history at school as I was too busy thinking about go-karting before passing out on my dad’s couch in Stevenage which is a poor place in Hertfordshire not many people might know I grew up in.” 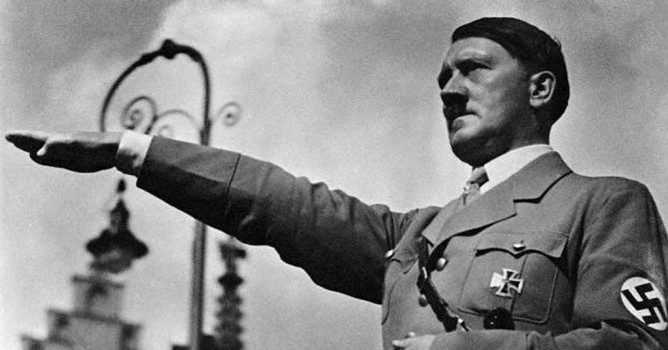 You’ll never guess what car he was ferried around in either, Lewis

“So I was really interested to read about how horrible the Nazis were and even more shocked to discover they were all almost exclusively German.”

“It’s amazing what you can find out in just a short walk from the garage to the motor home by just typing ‘Kraut Cunts’ into your phone,” he added.

The Wehrmacht’s origins can be traced back to the financial retribution imposed upon Germany following the Treaty of Versailles‘ ratification by the WW1 victors in 1919, triggering the rise of fascism under the Nazi party leadership of Adolf Hitler.

It led to their takeover of the German Parliament in 1933 and ultimately plunged the world into a second global war as well as the attempted genocide of the Jews.

“Apparently, they believed in a master race of blonde, blue-eyed people displacing the rest of the humanity and taking their rightful place as rulers of the world,” Lewis continued.

“Though Nico did a good job today and I’m just saying,” he added.

August break making bloke realise he isn’t really a motorsport fan, after all