A Haitian shaman who sold Mark Webber a Vettel voodoo figurine is demanding his money back claiming promised bad luck was delayed by Black Magic forces beyond his control.

The Antipodean bought the 4″ 4-times champion plasticine figurine in the good faith that plunging knitting needles into the pliable German devil doll would immediately elicit a series of random catastrophes in the model’s real-life counterpart.

But following a series of record-breaking results and 4 world titles the Australian managed to negotiate a refund on his bad tempered hocus-pocus focus only for the dark arts practitioner to now demand he return the money following the German’s recent disastrous run. 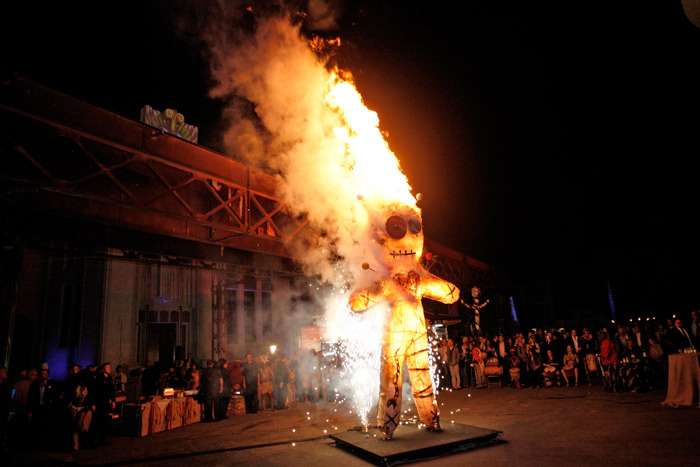 That oughtta do it

Winner of The Readers’ Digest 2009 Witch Doctor of the year, Seamus Infinity said, “I never promised Mark when it would work, only that it would.”

“He can hardly blame me for being so shite he had to go off and drive at World of Derek Bell before it had a chance to kick in, can he?”

Webber was so incensed at the lack of effect the vengeful spell was having, the Australian called in a series of top Citizens Advice Bureau lawyers, throwing the Sale of Goods Act in the 42 year old’s Voodoo expert’s face before demanding a full refund lest the part-time Pizza Hut waiter face the mother and father of Small Claims Court confrontations.

“I decided to settle out of court rather than have my honest, black arts practitioning name dragged through the consumer rights’ mud,” Infinity explained.

“But Seb’s recent humiliating run led me to getting my own team of crack CAB advisers and I’m not going down without a fight.”