An F1 journalist has been able to go away for a 2 week break in the middle of the season for the first time in nearly a quarter of a century, thanks to wall-to-wall Ayrton Senna anniversary coverage.

The 48 year old man successfully caught his plane from Gatwick to Faro last Friday where he plans to lay up for over 10 days in the balmy Portugese weather with his wife and 2 children.

“Ever since I’ve entered this profession, the longest holiday I’ve ever had between March and November was an extended Bank Holiday stag do in Prague back in 2002,” he told us. 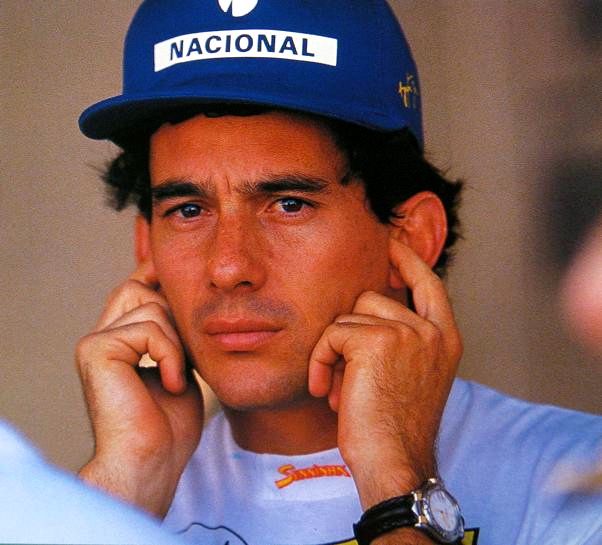 Have they stopped banging on about me yet?

The journalist was able to take the extended break upon recognising the Senna 20th anniversary date on the 2014 calendar and realising 90% of the inevitably bloated coverage could be thrown together in about 2 hours over a liquid lunch at the Dog and Duck.

“It was a Godsend,” he continued.

“I only had to add a Bruno Senna interview – which took about 5 minutes.”

“At least, I think it was him.  By 3 o’clock we were pretty hammered so it may have been Frank Bruno.”

Yeah but we’ve got your soul, Williams tell Russell

Actually, we were going to set fire to our 50 million quid, sponsors tell Dennis