Mark Webber was shit all along, it’s been revealed.

In addition, Sebastian Vettel probably doesn’t even deserve 1 world title, let alone 4 and Adrian Newey was grown from a strain of super-engineering androids created by a master race of alien terraformers from somewhere in the western arm of the Andromeda galaxy.

F1 pundit scientist, Professor Plum-in-the-library-with-the-lead-piping said, “it’s always been suspected that Webber was shit but nobody’s been able to scientifically prove it.” 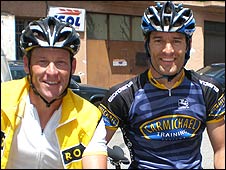 Which one of us has to hide our face in public again?

“Even when he was tooling around in Vettel’s wake, 2 seconds a lap slower last year in Singapore there were still a few people prepared to speculate that maybe Seb had entered some sort of metaphysical “Senna Zone” or something similarly horse-shitty to explain the difference.”

“But now a bloke who looks like the Donkey from Shrek is handing Vettel his arse every week, we’re delighted to announce there is categorical proof Webber was absolute bobbins,” the professor explained.

The FIA will now consolidate Vettel’s titles into a single, extremely fortunate championship or “Damon“, prior to erasing as many pictures of the grinning German from its website lest his achievements seem anything other than the glossy subterfuge they so obviously were all along.

“But why can’t I have the fastest car any more? Why?!? It’s not fair!!!” the quadruple charlatan added.